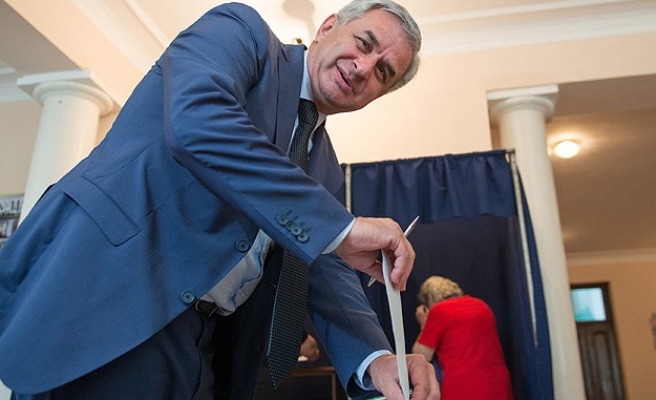 According to Russia's Itar-Tass news agency all four candidates are proponents of closer relations with Russia, but none advocates the region becomes part of Russia.

Former leader Alexander Ankvab was forced to resign over allegations of corruption and misrule. Protesters broke into the presidential administration building in the main city, Sukhumi, in May.

There are more than 130,000 voters in Abkhazia, according to the country’s Central Election Committee, and 154 polling stations were open on Sunday.

Three polling stations are outside Abkhazia, in Moscow, Cherkessk, Russia, and Istanbul.

In Istanbul, there was tension between Abkhazians and police when ballot boxes were seized. Abkhazians protested that the action, by order of a Turkish court, was due to Georgian influence.

Ramazan Cengiz Koc, chairman of the Federation of Abkhaz Associations, said nearly 1,800 people had come to vote before the ballot boxes were confiscated.

The European External Action Service said in a written statement that the EU didn't recognize the election.

Abkhazia, a self-declared independent state, is a disputed area between Russia and Georgia. It is recognized by Russia, Nicaragua, Venezuela and Nauru.

Moscow recognized the independence of the Georgian breakaway regions of Abkhazia and South Ossetia, after a six-day war with Georgia in 2008.

Russia, which angered the United States by recognising Abkhazia as an independent state, will be watching the situation closely amid tense relations with the West after annexing another breakaway region, Crimea, from Ukraine in March.

Before the unrest, the next presidential election in Abkhazia had been expected in 2016.