Heavy fighting has broken out between Armenian and Azerbaijani forces along the front lines of the separatist Nagorno-Karabakh region. 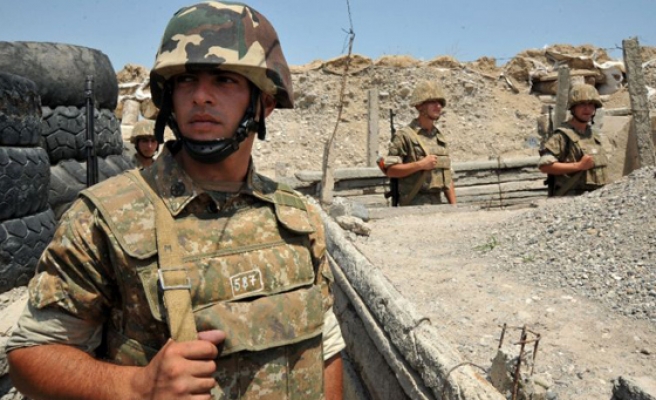 Arch foes Armenia and Azerbaijan accused each other Saturday of unleashing heavy weaponry across the front line of Nagorny Karabakh, in an apparent surge of violence in the festering dispute over the breakaway region.

Armenia's defence ministry said that "Azerbaijan on Friday night launched a massive attack along the Karabakh frontline using tanks, artillery, and helicopters", and that separatist forces had shot down an Azeri helicopter and inflicted "serious losses" on the enemy.

"As a result of the Karabakh army's counterstrike, Azeri forces were repelled and sustained serious losses in manpower," a defence ministry statement said. "Heavy fighting is underway."

Azerbaijan dismissed the claim that one of its helicopters was brought down and insisted its forces were counter-attacking after coming under fire from "large-calibre artillery and grenade-launchers" by the Armenian side.

The Armenian-backed defence ministry in Karabakh said a 12-year-old boy was killed in Azeri army's shelling of Armenian villages in the secessionist region.

Ethnic Armenian separatists backed by Yerevan seized control of the mountainous Nagorny Karabakh region, which was part of Azerbaijan during the Soviet period, during a war the early 1990s which claimed the lives of some 30,000 people.

A 1994 ceasefire failed to lead to a peace deal, with clashes erupting regularly and the two countries remaining on a war footing.

The two sides frequently exchange fire across the frontline but the latest surge in violence appeared to be an intensification from the usual sporadic clashes.

Russia's foreign ministry said that it was "closely following the information being received" about the alleged increase in violence.