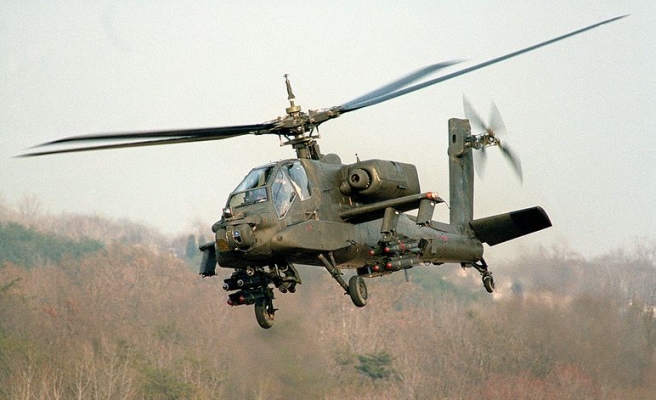 Armenia's Defence Ministry accused Azerbaijan's armed forces on Wednesday of shooting down a military helicopter belonging to Nagorno-Karabakh, an enclave in Azerbaijan which is controlled by ethnic Armenians.

Three people were on board the helicopter, officials in Nagorno-Karabakh said. It was the first such incident since a ceasefire was agreed in 1994 after a war over the tiny mountainous region in the South Caucasus, but tensions between Armenia and Azerbaijan have been rising in recent months.

Azerbaijan confirmed it had shot down a helicopter but said it was an Armenian aircraft which had intended to attack Azeri soldiers near the mined and heavily guarded line of contact around Nagorno-Karabakh.

"The enemy's aviation, after a series of manoeuvres, attempted to attack Azeri positions," the Azeri Defence Ministry said in a statement.

The attack drew threats of retaliation from Armenia.

"Consequences for this unprecedented aggravation of the situation will be very painful for the Azeri side," Armenian Defence Minister Artsrun Hovhannisyan said on his Facebook page.

The violence highlights the risk of tensions over Nagorno-Karabakh triggering a wider conflict in the South Caucasus, where oil and natural gas flow from the Caspian region to Europe.