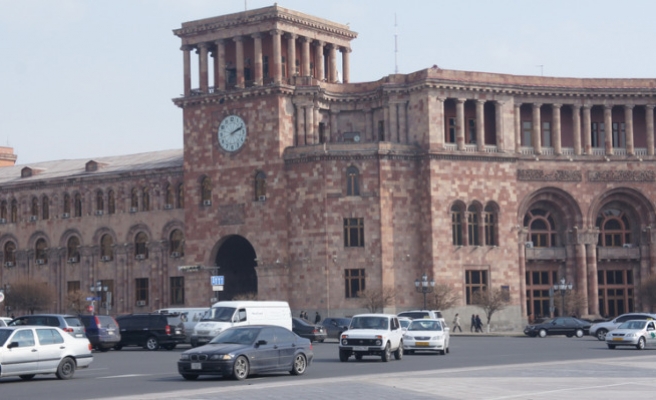 A six-month-old boy became the seventh member of an Armenian family on Monday to die after a killing spree blamed on a Russian soldier serving at a military base in the tiny Caucasus nation that has strained ties between Moscow and Yerevan.

Armenia's law enforcement officials say the soldier is their main suspect after military uniform boots with his name on them were found at the site where six members of the Avetisyan family were killed last week.

The baby, Sergei, died in hospital of his wounds.

Russia's defence ministry has confirmed that a soldier went missing before the killings, which it called a tragedy, but has given no other details.

The incident has whipped up tension between Russia and Armenia, a former Soviet republic which normally enjoys close ties with Moscow and has signed up to a Russian-led Customs Union, a pet project of President Vladimir Putin.

In a telephone call on Sunday with Armenian President Serzh Sarksyan, Putin promised a swift investigation to bring the culprits to justice.

Local officials said the suspect was being held at the Russian military base.

In 1999, a court in Gyumri sentenced two soldiers from the same Russian base to 14 and 15 years in jail for killing two people and wounding several more in indiscriminate firing in the city, local media reported at the time.