The vote will be Pashinyan's second attempt to get elected as premier after the ruling Republican Party narrowly blocked his first bid on May 1, despite initially promising not to stand in the way. 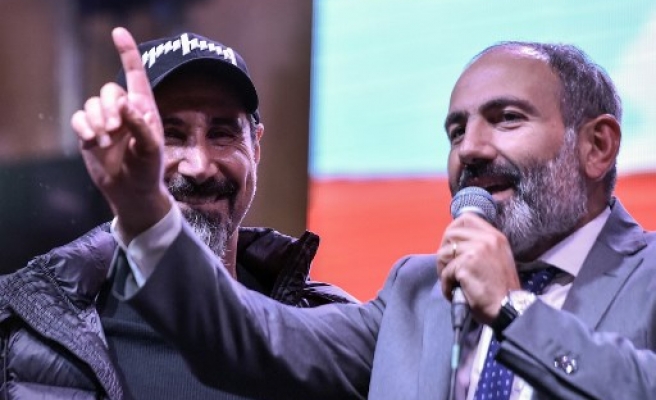 The Armenian parliament is due to elect a new prime minister Tuesday with opposition leader Nikol Pashinyan set to take the post after spearheading weeks of mass protests against the ruling party.

That led to a crippling general strike in the capital Yerevan and other cities.

Pashinyan called for an end to the protests after the Republicans -- who have 58 MPs in the 105-seat legislature -- issued assurances they would back his candidacy on a second attempt.

The 42-year-old former newspaper editor has also secured the support of two other major political parties -- Prosperous Armenia and the Armenian Revolutionary Federation (Dashnaktsutyun) -- who nominated him for the post together with his opposition Elk coalition.

Pashinyan is the only candidate for the top job.

Analysts have said it appeared the ruling party had changed position in a bid to retain control of the legislature.

"We gathered here today to celebrate the Armenian people's victory," David Davtyan, a 40-year-old archaeologist, told AFP at the rally. "The people's will prevails, Nikol (Pashinyan) will become our prime minister today."

Another demonstrator, 29-year-old Lavrenti Adulyan, said he hoped that "everything will go smoothly in parliament today and for the Republicans not to dare to confront their own people and vote for Pashinyan".