'In the context of clashes between Armenia and Azerbaijan, a shell fell in the garden of a home in the Koda-Afarin region, causing damage but no victims,' a local official says 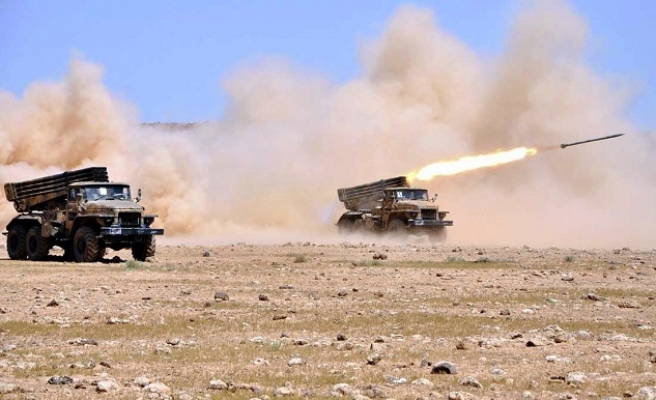 A shell fired by Armenian forces in their conflict with Azerbaijan over the disputed Nagorny Karabakh region fell in northern Iran but did not cause casualties, Iran's Fars news agency reported Tuesday.

"In the context of clashes between Armenia and Azerbaijan, a shell fell in the garden of a home in the Koda-Afarin region, causing damage but no victims" on Monday, Fars quoted Said Shabestari, the deputy governor of Iran's West Azerbaijan region, as saying.

"This shell was fired by Armenian forces," he said.

Northern Iran borders both the ex-Soviet states of Armenia and Azerbaijan, which have been locked in deadly clashes for days in the worst violence in decades over Karabakh.

Iranian media reported that three other shells had also fallen in Iran on Saturday, but there have so far been no reports of casualties.

Tehran has urged Armenia and Azerbaijan to show restraint as the fighting escalated.

Tehran maintains ties both with Azerbaijan, a fellow mainly Shiite Muslim country, and Armenia. Iran has an Azeri-speaking community of more than 10 million and an Armenian Christian community of just under 100,000.

A third day of fighting over Karabakh killed at least 13 people on Monday.

At least 46 people have been killed since the fresh outbreak of clashes over Karabakh -- which ethnic Armenian rebels seized from Azerbaijan in a war that ended with an inconclusive truce in 1994 -- erupted on Friday night.

The conflict was expected to be discussed during a meeting of the foreign ministers of Iran, Turkey and Azerbaijan due in northern Iran later on Tuesday, according to Iranian media reports.

Turkey has strongly backed longtime ally Azerbaijan in the conflict.