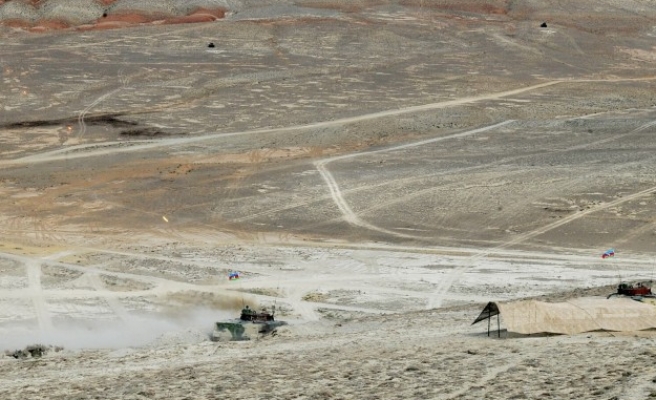 At least two Armenian soldiers were killed in clashes with troops from neighbouring Azerbaijan on Friday, but the former Soviet republics gave conflicting death tolls and disputed who was to blame.

Sporadic clashes between the two countries have thwarted international efforts to end a territorial dispute that broke out in the dying years of the Soviet Union and has killed about 30,000 people.

Armenia's Defence Ministry accused the Azeri side of killing two of its soldiers. "All responsibility for escalation of the situation and its consequences lies with the political and military leadership of Azerbaijan," it said in a statement.

Azerbaijan's Defence Ministry, meanwhile, accused Armenian soldiers of trying to cross the border and said 12 of them had been killed and 20 wounded. It said the Armenians were the first to open fire, and there were no Azeri casualties.

Skirmishes around the disputed region of Nagorno-Karabakh and along the border between Armenia andAzerbaijan underline the risk of broader conflict in the South Caucasus, a region criss-crossed by oil and gas pipelines.

Nagorno-Karabakh, a mountainous region within Azerbaijan, is controlled by ethnic Armenians who form the majority of its population. The enclave's defence ministry said three Azeri soldiers were killed in skirmishes with ethnic Armenian separatists on Thursday night.

According to reports in Armenia, two Armenian soldiers were killed and one was wounded in similar clashes earlier this week.

Armenian-backed forces seized Nagorno-Karabakh and seven surrounding Azeri districts in the early 1990s. Efforts to reach a permanent settlement have failed, despite mediation led by France, Russia and the United States.

Oil-producing Azerbaijan, host to global majors including BP , Chevron and ExxonMobil, frequently threatens to take the mountain region back by force, and is spending heavily on its armed forces.

Armenia, an ally of Russia, says it would not stand by if Nagorno-Karabakh were attacked.