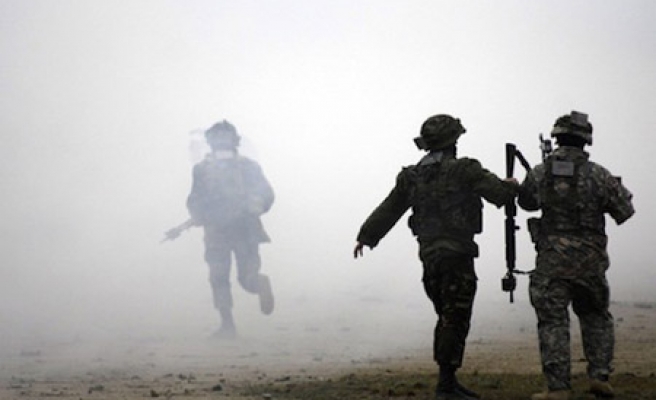 At least three Azerbaijani civilians were injured when suspected Armenian troops allegedly opened fire on a village along the Armenia-Azerbaijan border on Tuesday, the Azerbaijani Defense Ministry said.

According to the ministry, two women and a minor girl were injured when Armenian soldiers allegedly sprayed a wedding tent with gunfire in Tartar city’s Kapanli Village.

The injured women, Muskinaz Tanrıverdiyeva and Medine Ahmedova, were admitted to a hospital while the little girl, Zehra Alizade, was treated at home.

Clashes between Azerbaijan and Armenia started in 1988 with the invasion of the Azerbaijani territory of Nagorno-Karabakh by Armenia, which later evolved into a full-fledged war in 1992.

Since the end of the war in 1994, Armenian and Azerbaijani delegations have held talks over the status of Nagorno-Karabakh under the supervision of the Organization for Security and Co-operation in Europe's Minsk Group.

Although a cease-fire was signed in 1994, clashes regularly occur along the border of the two countries.