At least 20 killed in fighting in Russia's Chechnya

Russia's Tass news agency quoted Kadyrov as saying several gunmen remained holed up at a school in the city centre. It was not clear whether any hostages had been taken. 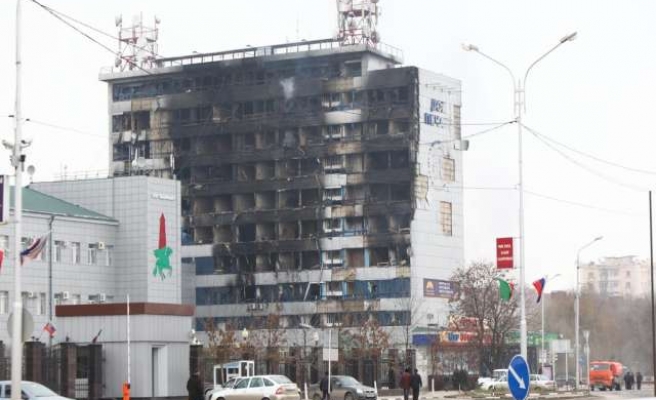 Gunmen attacked a police post and stormed a building on Thursday in Grozny, capital of Russia's southern province of Chechnya, killing 10 policemen in clashes in which 10 of the attackers were also killed.

The bloodiest fighting in Chechnya for months erupted a few hours before President Vladimir Putin said in a speech in Moscow he would defend Russia against what he called attempts to dismember it.

However, Putin praised the Kremlin-backed leader of Chechnya, Ramzan Kadyrov, for carrying out a "professional" security operation.

He said earlier on Thursday during his annual state of the nation speech at the Kremlin that Russia was surrounded by enemies who sought to dismember it and to destroy its economy, adding: "We did not allow it."

NAK said "terrorists" attacked a police post in Grozny around 1:00 a.m. (2200 GMT) and then stormed offices housing local media and a school.

Footage obtained by Reuters showed clashes at night and in the morning that included persistent small arms fighting and what looked like a shoulder-fired missile striking the media building.

The building's workers said one civilian had suffocated to death as fire engulfed the building, though authorities did not confirm the report.

A video posted on YouTube suggested the attackers had entered Grozny in an act of "retaliation" for what it called the oppression of Muslim women.

NAK said on Thursday evening its "anti-terrorist" operation was over and all suspected militants killed.

A Reuters witness in Grozny said security forces had deployed military vehicles in the streets, set up multiple check points in the city and closed off the affected area.

"We didn't expect this to happen, the devils showed their last strength," Chechen leader Kadyrov told reporters in Moscow after attending Putin's speech.

Kadyrov keeps a firm grip on Chechnya after wars there in 1994-96 and 1999-2000, but the independence movements has spread across the predominantly Muslim North Caucasus region.

In October, five policemen were killed and 12 were injured in Grozny in a suicide bombing attack.