Nine candidates along with current President Aliyev, son of late Haydar Aliyev who ruled from 1993-2003, are competing in the elections. 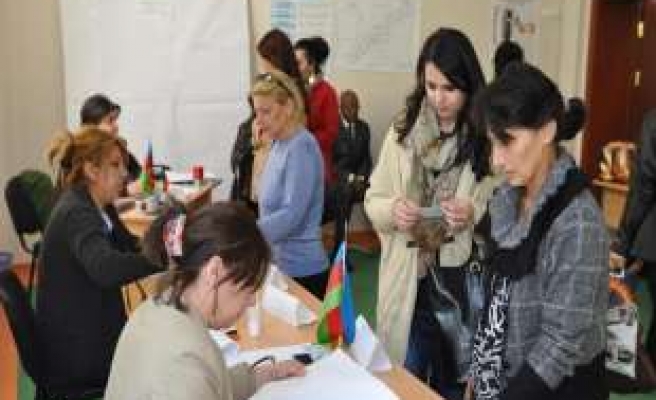 President Ilham Aliyev, who has been in power for ten years is widely tipped to win another five years from citizens of the oil and gas rich nation.

The elections are being monitored by about 52 thousand national and a thousand foreign observers from around 100 different countries.

The ballots will be open until 19:00 local time and the official results will be disclosed after 23:00 and 5.1 million voters can cast their votes in 5,491 polls, and Azerbaijani expats can go to the polls in Azerbaijani embassies.