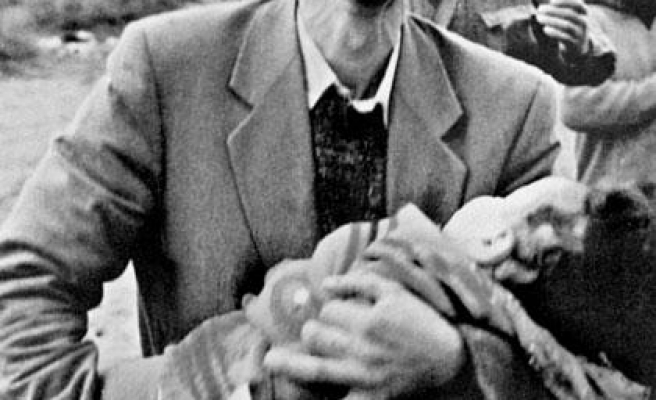 World Bulletin / News Desk
Azerbaijan is commemorating the 23rd anniversary of the 1992 “Khojaly massacre”, when Armenian forces attacked the strategic town in the Nagorno-Karabakh region.

Ceremonies will be held nationwide and an official event is taking place on Thursday at the Khojaly Genocide Memorial in the Azeri capital Baku, with President Ilham Aliyev and Turkey's Foreign Minister Mevlut Cavusoglu.

Armenian forces took over the town of Khojaly in Nagorno-Karabakh on Feb. 26, 1992, after battering it with heavy artillery and tanks, assisted by an infantry regiment.

The two-hour offensive killed 613 Azeri citizens, including 116 women and 63 children and critically injured 487 others, according to Azeri figures.

Armenia’s invasion of Azerbaijan’s Nagorno-Karabakh territory began in 1988 with minor conflicts, but it evolved into a full-scale war in 1992.

At the end of the war in 1994, Armenian and Azeri delegations held talks over the status of Nagorno-Karabakh under the supervision of the Organization for Security and Co-operation in Europe's Minsk Group.

Those talks have so far produced no results and sporadic clashes still take place between Armenian and Azeri forces.

Currently, Nagorno-Karabakh and seven adjacent districts, which account for more than 20 percent of Azerbaijani territory, are still under Armenian occupation.

During his three-day visit to Azerbaijan, Foreign Minister Cavusoglu was received by President Aliyev and Prime Minister Artur Rasizade separately.

According to diplomatic sources, energy and transportation cooperation between the two countries were the main topics of discussion.