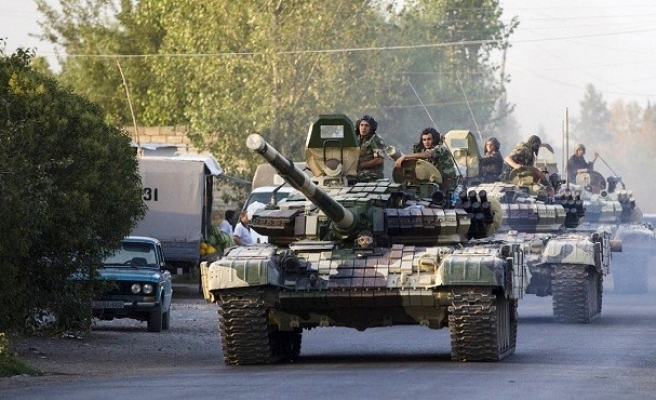 Azerbaijan says it has reclaimed land occupied by Armenia during clashes over Friday and Saturday which saw 12 Azerbaijani soldiers martyred.

According to a statement from Azerbaijan’s defense ministry, said the army launched operations in the Agdere, Terter, Agdam, Hocavend and Fuzuli regions to protect civilian lives.

The ministry added that its forces had reclaimed some strategic hills and residential zones.

The statement also said one of its MI-24 helicopters had been downed by Armenian forces.

Turkey's President Recep Tayyip Erdogan called his Azerbaijani counterpart Ilham Aliyev on Saturday to pay condolences for the soldiers martyred by Armenian forces along the border.

Armenia and Azerbaijan fought a six-year war over occupied Karabakh in the early 1980s until a 1994 ceasefire.