Azerbaijan has said that Armenian troops used mortars and large-calibre machine guns in the exchange of fire along the border and other places "were under attack". 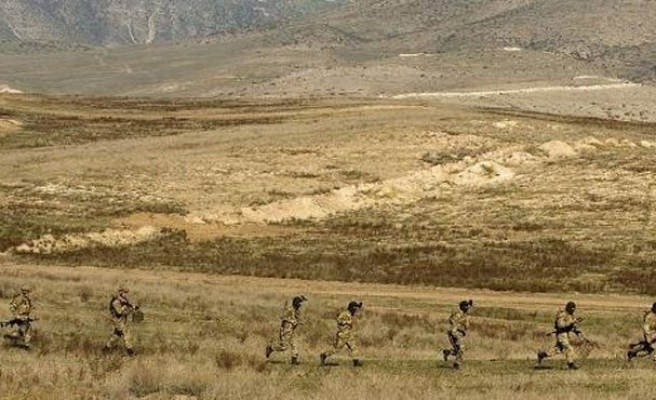 Azerbaijan said Saturday that Armenian forces killed 12 of its soldiers as fierce fighting erupted between the arch-foes over the disputed Nagorny Karabakh region.

Azeri forces "took control of the strategic Lala-Tepe height," the ministry added. "Heights near the village of Talysh as well as Seysulan village (in Karabakh) were also liberated."

Threatening Armenia with "crushing strikes," the ministry claimed that "more than 100 Armenian soldiers were killed, six Armenian tanks and 15 artillery ordnances were destroyed."

Ethnic Armenian separatists backed by Yerevan seized control of Azerbaijan's Nagorny Karabakh region during a war that claimed the lives of some 30,000 people.

A 1994 ceasefire failed to lead to a peace deal, with clashes erupting regularly and the two countries remaining on a war footing.

Energy-rich Azerbaijan, whose military spending has in the past exceeded Armenia's entire state budget, has repeatedly threatened to take back the breakaway region by force if negotiations fail to yield results. Moscow-backed Armenia says it could crush any offensive.