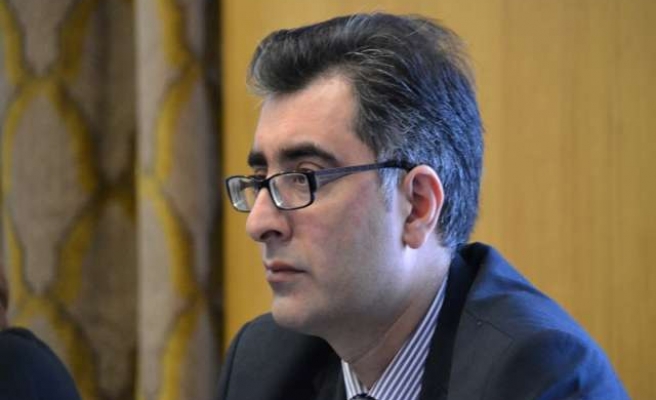 The head of Azerbaijan's election watchdog was sentenced to five and a half years in prison on Monday in a case critics say highlights a government-led crackdown on dissent in the oil-rich former Soviet republic.

The mainly Muslim country, sandwiched between Russia and Iran, has been governed by President Ilham Aliyev since he succeeded his father in 2003. It has been courted by the West because of its role as an alternative to Russia in supplying oil and gas to Europe.

Anar Mammadli, head of the independent Election Monitoring and Democracy Studies Centre, was jailed after being convicted on charges of tax evasion and illegal business activity.

Mammadli's lawyer called the charges against his client "unfounded" and said that the verdict was a political retribution for his reporting of violations in elections in which Aliyev won a third term last October.

"The whole case is fabricated and is aimed at punishment of those, who are politically active," Mammadli's lawyer, Elchin Sadikhov, told reporters.

He said the verdict would be appealed.

Mammadli's organisation was investigated by the authorities after it documented widespread electoral violations. The organisation's executive director was sentenced also on Monday to three and a half years in prison.

Aliyev won a third five-year term with nearly 85 percent of the vote in the election on Oct. 9 that international monitors also said was seriously flawed.

Nils Muiznieks, human rights commissioner at the Council of Europe, said earlier this month that freedoms were deteriorating in Azerbaijan. He called on the authorities to uphold regional standards and voiced concern at a "worrying pattern" of abuse.

The oil-rich country suffered another embarrassing and sharply timed rebuke last Friday when Europe's main human rights and democracy forum accused it of intimidating and repressing its critics.

The rap from the parliamentary arm of the 47-nation Council of Europe came only a week after Azerbaijan, a former Soviet republic, took over the chairmanship of the Council's ministerial committee.

Aliyev announced an amnesty of 157 prisoners on Monday. The list includes just two human rights activists and one blogger.