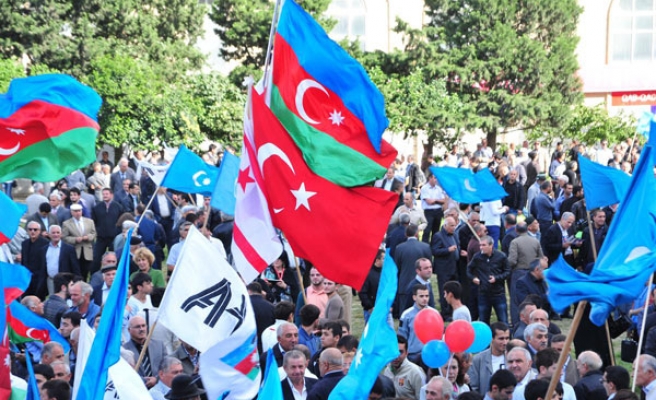 Nazim Ibrahimov, Azerbaijan's Chair of the State Committee on Diaspora Affairs, has said his country supports Turkey on the Armenian issue.

His comments on Monday came four days after Turkish Prime Minister Recep Tayyip Erdogan offered condolences over the incidents of 1915 to the Armenians in an unprecedented message which attracted worldwide reaction.

Referring to a speech in support of Turkey by Azeri President Ilham Aliyev last Friday, Ibrahimov stressed that the Azeri diaspora across the world had long been struggling against Armenian claims and that his country would continue to defend Turkey.

President Aliyev had spoken out in the Czech capital of Prague against a claim by Armenia's leader that Turkey cannot be a part of the European Union unless it opens its border crossing with his country.

Aliyev said during an EU Eastern Partnership meeting: “Turkish Prime Minister Recep Tayyip Erdogan had offered to open archives on the 1915 incidents a couple of years ago, but Armenia did not respond positively.

"Erdogan has expressed his condolences over the Armenian people who lost their lives, but again Armenia did not reply positively.”

The 1915 incidents took place during World War I, when a portion of the Armenian population living in the Ottoman Empire sided with invading Russians and rose up against the Ottoman authority.

The uprisings were followed by a decision by Ottoman-era officials to relocate Armenians living in eastern Anatolia.