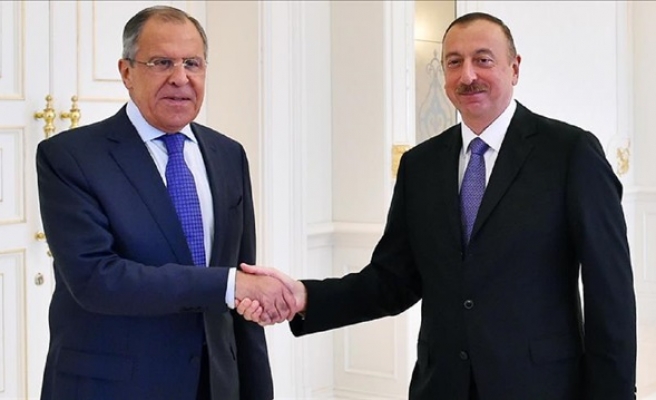 According to a statement from the Azerbaijani presidency, Aliyev expressed his satisfaction with the current level of bilateral relations between Russia and Azerbaijan.

He also expressed his desire for a stronger cooperation in the future.   The trading volume and mutual investments increased in 2017 in addition to progress in the transportation and energy fields.

Lavrov, for his part, underlined that the trading volume between Russia and Azerbaijan increased 80 percent in the first nine months of this year.

Concerning the dispute with Armenia, Azerbaijan and Karabakh, Aliyev said, “Azerbaijan wants these conflicts to be resolved soon.”

Lavrov said as a member of the Organization for Security and Co-operation in Europe’s Minsk Group, “Russia wants to contribute in the solution of Karabakh.”

Despite a 1994 peace deal, border skirmishes are a frequent occurrence. In April 2016, these escalated into the worst outbreak of fighting since the war, resulting in the deaths of more than 270 military personnel.