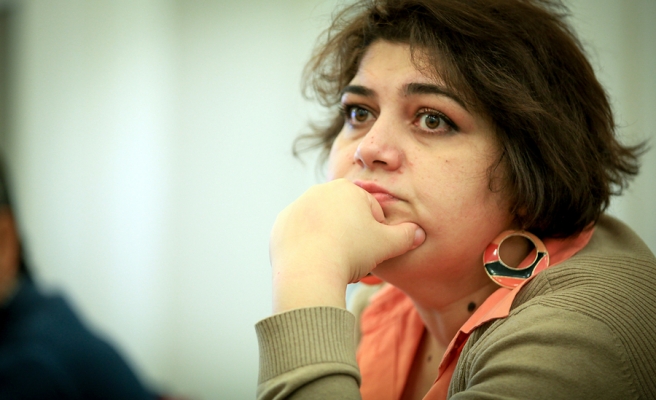 Prosecutors in ex-Soviet Azerbaijan on Friday demanded a nine-year jail term for a top investigative journalist, in a graft trial activists say is revenge for her reporting on high-level corruption.

Khadija Ismayilova -- who has probed the alleged vast wealth of the energy-rich country's strongman President Ilham Aliyev and his family -- was detained in December and is accused of crimes including embezzlement and tax evasion.

"The state prosecutor said that the trial had shown Ismayilova's guilt on all points," her lawyer Fariz Namazly said.

"We do not agree and will demand that Ismayilova be acquitted."

The next hearing has been set for August 26, he said.

The trial against Ismayilova is the latest court case against high-profile critics of Aliyev's rule in the tightly-controlled Caspian Sea nation.

Considered Azerbaijan's most prominent critical journalist, Ismayilova, 39, served as bureau chief for the local service of the US-funded Radio Free Europe/Radio Liberty network between 2008 and 2010.

Reporters Without Borders condemned the "monstrous" sentence sought by the prosecution and said it was part of a broader crackdown on independent journalists in the country.

"This is so obviously an absurd and outrageous political trial, a judicial sham," the organisation's secretary general Christophe Deloire said in a statement.

"Pressure must be put on this regime in order to obtain the unconditional release of Ismayilova and all the other journalists arbitrarily detained in Azerbaijan."

The Council of Europe's Commissioner for Human Rights, Nils Muiznieks, also slammed the prosecutor's demand as "sad but expected news".

"Khadija is the latest victim of a long list of human rights defenders and journalists who have been selectively targeted by bogus charges and criminal prosecutions moved against them by a political system intolerant of criticism," he said.

Last week a court in Azerbaijan jailed human rights activist couple Leyla and Arif Yunus for jail terms on charges including fraud and tax evasion despite their poor health.

Dissent is kept under strict control in Azerbaijan and is often met with a tough government response.

Rights groups say the government of the oil-rich ex-Soviet republic has stepped up pressure on opponents since Aliyev's election for a third term in 2013.

Aliyev -- who came to power in 2003 following an election seen as flawed by international observers -- strongly denies accusations of rights abuses, while his administration has dismissed criticism as a smear campaign.

He took over after the death of his father Heydar Aliyev, a former KGB officer and communist-era leader who had ruled newly independent Azerbaijan with an iron fist since 1993.