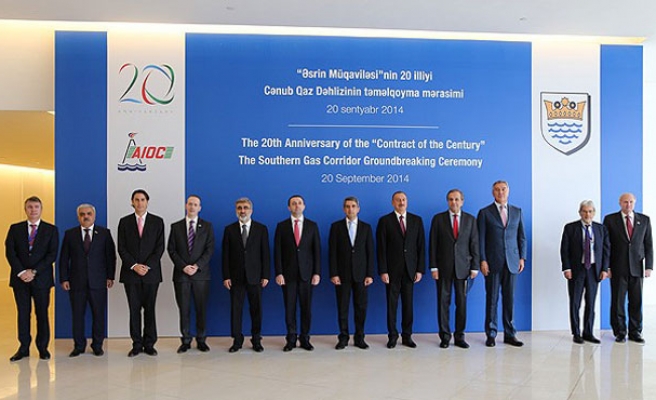 Turkey's energy minister has declared a gas pipeline a “peace corridor” linking the Caucasus with the Balkans.

Speaking at the groundbreaking ceremony of the South Caucasus pipeline in Baku on Saturday, Taner Yildiz said: "We open the project as a peace corridor that is the result of 15 years hard work by Turkey and Azerbaijan.

“Through the South Caucasus pipeline and its backbone, the Trans-Anatolia pipeline, we connect the Caucasus with the Balkans. I wish every country could understand the true value of these projects and contribute with us.”

The minister said energy security “ranks as one of the main topics of global agenda” and dialogue between countries producing, transporting and consuming energy is “highly important.”

He added: “With this view in mind, we continue to develop projects with our friends, Azerbaijan and Georgia."

The South Caucasus pipeline is the first phase of the Southern Gas Corridor, which will carry gas from the Caspian Sea to Turkey, connecting to the Trans-Anatolia natural gas pipeline via Georgia and reach southern Europe.

Yildiz said: "TANAP [Trans-Anatolia natural gas pipeline] is not a mere investment but a project for the future. We believe that the project is a way of establishing strong, sustainable and healthy relations both between Turkey and Azerbaijan and other European countries.”

Aliyev said: "We will have extra income by opening our natural gas to the world market and European countries will have a new energy resource… There is no loser in this project, everybody will win."