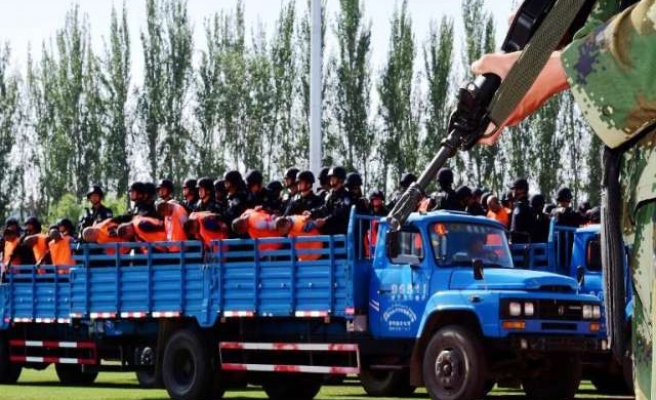 Eight Uighurs from East Turkistan were sentenced with the death penalty.

According to news from Chinese state media, eight people were senteced to the death penalty along with five people who were given life imprisonment. The defendants were held responsible for a knife attack at a train station as well as an attack on the marketplace. The attack took place on the last day of Chinese President Xi Jinping's visit to the train station in East Turkestan last April.

Attacks have increased alongside increasing pressure from China in East Turkistan. In the past year, at least 200 people have died as a result of said attacks.

State television broadcast interviews with some of the defendants, who said they had been led astray and regretted their actions.

In such a heavily politicised environment, a fair trial was impossible, said Dilxat Raxit, spokesman for exile group the World Uyghur Congress.

"China has not looked at all for the root causes of the incident from the point of view of their own extreme policies," he said in an emailed statement.

East Turkestan (Xinjiang), resource-rich and strategically located on the borders of central Asia, is crucial to China's growing energy needs. Analysts say most of the proceeds from sales of its resources have gone to majority Han Chinese, stoking resentment among Uighurs.