EU expects no outside pressure in new Armenia talks 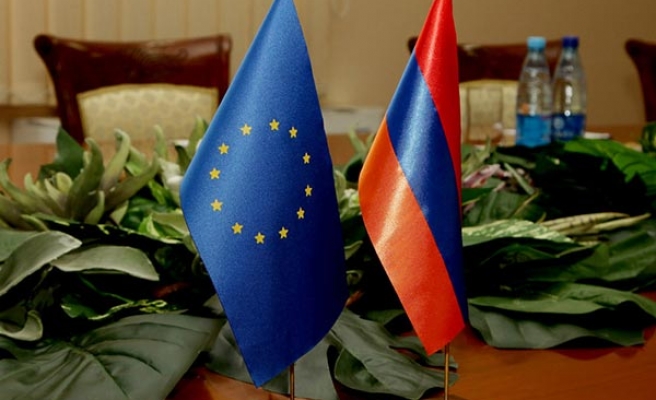 The head of the European Union delegation to Armenia believes that no "third party's negative involvement" could interrupt negotiations on a new comprehensive political and economic agreement between the bloc and Yerevan.

"Russia should be interested in Armenia having as many friends as possible," Ambassador Piotr Switalski said, RFE/RL reported Monday. "I hope that everything that we will be negotiating will be based on a sovereign decision of Armenia."

"I hope that this time we will avoid complications and sudden turnarounds," he added.

Last month, the EU authorized the European Commission to launch negotiations with Yerevan on a new legal basis for relations that would replace an Association Agreement that both sides nearly finalized two years ago.

In a policy U-turn in September 2013, Armenian President Serzh Sarkisian unexpectedly precluded the signing of that agreement, when he announced his decision to make his country part of the Russian-led Eurasian Economic Union (EEU).

The decision is thought to have resulted from strong Russian pressure.

Yerevan and Brussels subsequently began exploring the possibility of negotiating a less ambitious accord that would not contradict Armenia's membership commitments to the EEU.