Georgia's Georgy Margvelashvili said "We will shoot for an invitation for NATO membership. But we understand that...decisions are made in a much more complicated way." 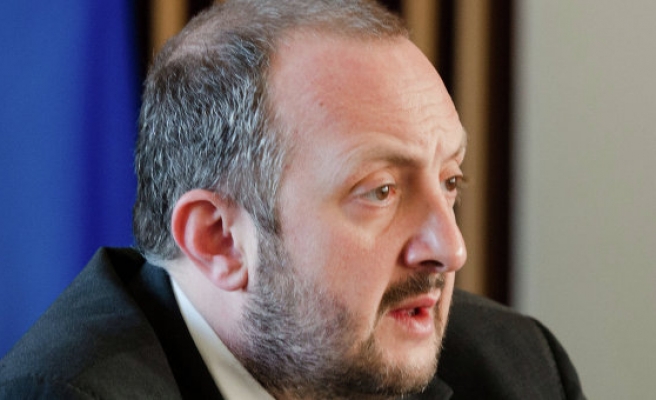 Georgia's president said on Wednesday the country would seek an invitation to join NATO at a summit of leaders of the alliance in Wales this week.

President Georgy Margvelashvili, in a speech at the Chatham House think-tank, said: "We will shoot for an invitation for NATO membership. But we understand that...decisions are made in a much more complicated way."

NATO said earlier this year it would stop short of approving a formal step to membership for Georgia at the summit, agreeing in principle to a "substantive package" of cooperation with Georgia that would help it move closer to the alliance.

Margvelashvili also said he did not think the Ukraine-Russia crisis was over despite news on Wednesday of talks between the two sides.

Russian President Vladimir Putin said on Wednesday his views and those of Ukrainian President Petro Poroshenko were "very close" on finding a political solution to the conflict in eastern Ukraine and an accord between Kiev and separatist rebels could be reached by Friday.

"That was positive but on the other hand we had one more column going into Ukraine. It is always simultaneous, you have one positive and one negative, but I don't think this is the final solution," Margvelashvili told Reuters on the sidelines of the event at Chatham House.

"But we will see, at least it is a good thing that those people are talking."

Like Ukrainegh, Georgia is trying to strike a balance between East and West but finding it hard to strengthen ties with Europe without upsetting Russia.

Even so, tensions remain high after the August 2008 war over two Moscow-backed breakaway regions. Diplomatic relations, severed after the war, have not been restored and Russia still controls the two separatist-minded regions, Abkhazia and South Ossetia.