During her visit to Turkey, Georgian Minister Berchashvili urged international community to condemn the Russian initiative 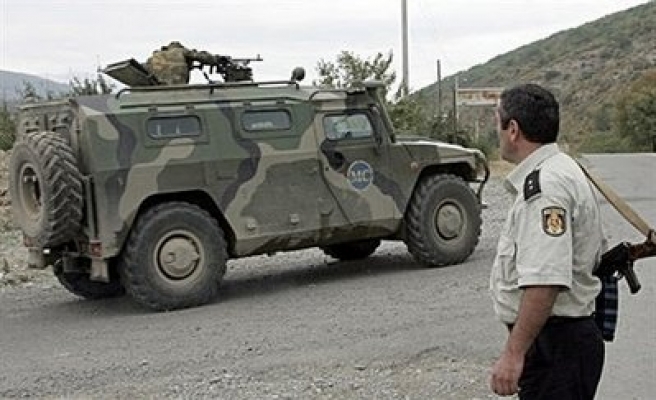 Addressing a joint press conference with the Turkish Foreign Minister in Ankara, Tamar Beruchashvili said "The document infringes upon Georgia's sovereignty and territorial integrity and constitutes a major step towards the annexation of Georgia's occupied region."

Russia and the self-proclaimed independent area in Georgia signed a strategic alliance agreement on Nov. 24, which includes a controversial collective defense pact.

The agreement says that within three years, Russia and Abkhazia will establish a joint military force. The Russian army has pledged to modernize the Abkhazian forces.

Abkhazia declared its independence from Georgia in 1999, with Russia formally recognizing it in 2008, following a six-day Russian-Georgian war over the South Ossetia. Abkhazia is recognized only by Russia, Nicaragua, Venezuela and Nauru.

Referring the agreement, Beruchashvili said "Its provisions manifest Russia's intention to integrate Abkhazia into its economic social and legal system."

Beruchashvili added that they need strong stand by the whole international community to condemn the occupation.

She also thanked the Turkish government for its support to Georgia's territorial integrity and sovereignty.

Turkey's Foreign Minister Mevlut Cavusoglu said that Turkey does not recognize the agreement signed between Russia and Abkhazia.

Cavusoglu also said "We are supporting Georgia's membership to NATO."

The NATO-Georgia Commission was established in September 2008 to serve as a forum for both political consultations and practical cooperation to help Georgia achieve its goal of NATO membership.

Saying that Turkey and Georgia are close strategic partners, Beruchashvili added "We reiterated our readiness to deepen relations in all areas of mutual interest."

Cavusoglu and Beruchashvili signed a cooperation protocol. They also exchanged views on regional and international developments.

Georgia and Turkey are also set to establish a high level strategic council, which will promote wider cooperation between the two countries.

On Wednesday, the fourth trilateral meeting of foreign ministers of Azerbaijan, Georgia and Turkey will be held in the Turkey's northeastern province of Kars.