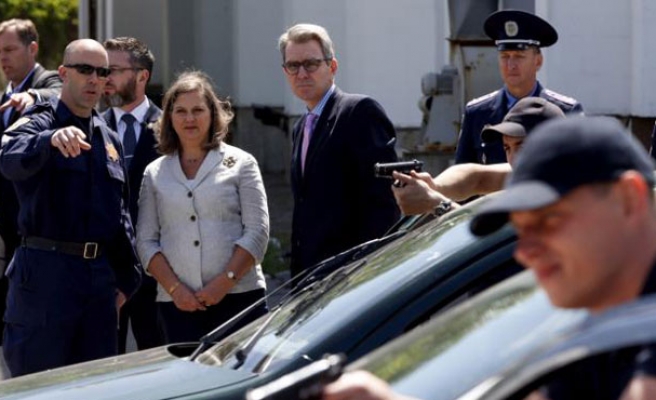 A visit to Moscow by U.S. Assistant Secretary of State Victoria Nuland is a sign that relations between Russia and the United States may be improving, the Kremlin said on Monday.

Asked if Nuland's visit was a sign of improving ties, Kremlin spokesman Dmitry Peskov told reporters: "Yes, when President Putin was meeting with Minister Lavrov and Secretary of State Kerry ... it was mentioned that a closer dialogue ... was needed."

Nuland, who was holding talks in Moscow with two Russian deputy foreign ministers, has been strongly criticised in Russia in the past over her support for pro-democracy activists in Kiev during mass street protests that toppled Ukraine's pro-Moscow president Viktor Yanukovich in February 2014.

Nuland was expected to explore ways of bolstering a fragile ceasefire in eastern Ukraine between Ukrainian government forces and pro-Russian separatists and of implementing other aspects of a peace agreement forged in Minsk several months ago.