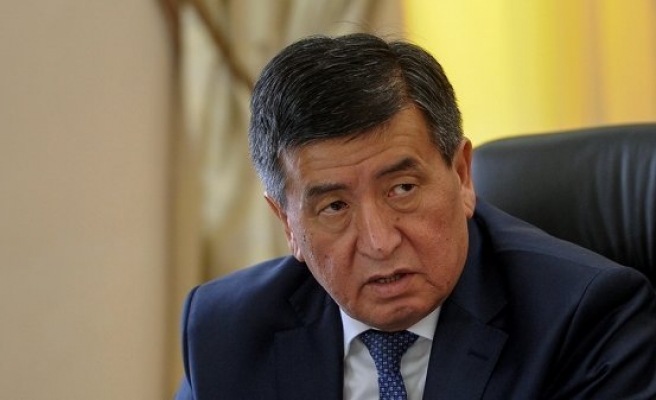 Sooronbay Jeenbekov, 59, has been sworn in as the fifth president of Kyrgyzstan on Friday.

His Social Democratic Party of Kyrgyzstan (SDPK) secured 54.22 percent of the vote in the election held on Oct. 15.

The SDPK is closely linked to Atambayev, who was previously prime minister before October 2011 presidential elections.

Speaking at the official inauguration ceremony in Bishkek, Jeenbekov said: “The destiny of the country is the destiny of each of us."

Emphasizing on peace, unity and independence of the country, Jeenbekov said he would not let regional and ethnical discrimination.

He noted the country witnessed a peaceful transfer of power for the first time in the country’s history.

He vowed to strengthen strategic relations with Russia and neighboring China and countries in the Central Asia.

Despite being relatively stable, Kyrgyzstan has experienced periods of volatility since it gained independence from the Soviet Union.

In 2005 and 2010, the then presidents were deposed in violent protests that left hundreds dead.

Most of Kyrgyzstan’s six million people are Turkic-speaking Muslims and the north and south of the country are divided by wealth and ethnic divisions.