James Appathurai, NATO Special Representative for the Caucasus, said he would not let Russia's words or actions influence the final decision on whether to make Georgia a full member, 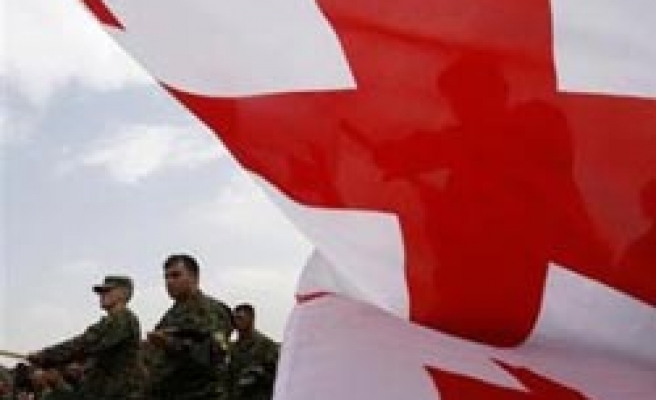 NATO said on Thursday it was looking at ways to bring Georgia "even closer" to the military alliance, in the latest signal of support for the former Soviet republic as tension mounts between Russia and the West over Ukraine.

James Appathurai, NATO Special Representative for the Caucasus, said he would not let Russia's words or actions influence the final decision on whether to make Georgia a full member, a likely reference to Moscow's opposition to the move.

The statement came less than a week after France and Germany assured Georgia that a deal bringing it closer to the European Union would be sealed soon.

Relations between Georgia and Russia were badly strained by a five-day war in 2008, when Moscow's forces drove deep into the small Caucasus country.

That war was partly a result of Tbilisi's long-running drive to move closer to the EU and join NATO, an alliance of 28 nations that has been the core of European defence for more than 60 years.

Despite attempts by Moscow and Tbilisi to improve ties after a change of government in Georgia in 2012, they have still not restored diplomatic relations and Russia annexation of Ukraine's Crimea region in March revived Georgian security concerns.

He said NATO was still committed to Georgia become a member. "We are now looking, of course, at next steps, at bringing Georgia even closer to NATO and to meeting its goals," he said.

A NATO summit in September is scheduled to discuss the position of four potential members - Georgia and the former Yugoslav republics of Montenegro, Macedonia and Bosnia.

Appathurai praised Georgia's progress. "I can tell you that overall, this assessment in NATO is positive. Year after year Georgia continues to improve and that's because of the hard work done in this country," Appathurai said.

Georgia has strategic importance because it is on the route of pipelines which carry oil and gas from the landlocked Caspian Sea - seen by many countries as an alternative to Russian energy - to world markets.

It plans to sign a trade deal with the European Union in June - the same kind of pact whose rejection by Ukraine in November touched off the biggest East-West crisis since the Cold War.

The United States and the EU have stepped up support for other former Soviet republics in a tug-of-war with Moscow.