Rashot Kamalova was arrested on Feb 9 for allegedly encouraging his congregation to join ISIL, charges that his supporters deny. 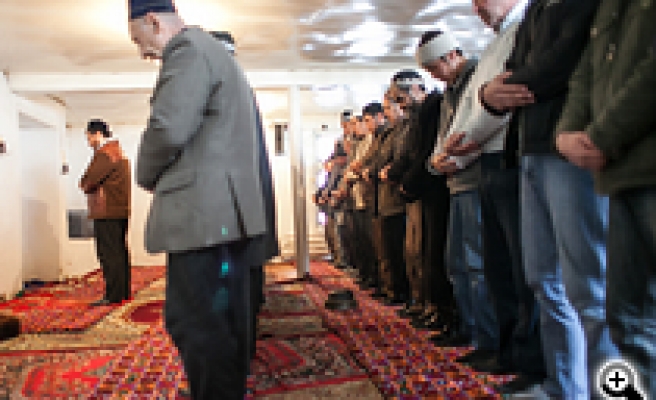 Rashot Kamalov, the mosque’s charismatic imam of Kara-Suu’s Al-Sarahsiy Mosque in South Kyrgyzstan was arrested on February 9 for allegedly encouraging his congregation to fight alongside the ISIL in Syria and Iraq, charges his supporters say are absurd and which appear intended to silence a prominent critic.

Kamalov, 36, is the son of Muhammadrafiq Kamalov, a prominent imam who was killed in August 2006 during a joint operation by the Kyrgyz and Uzbek security services. The details of the father’s killing are still unclear; Kyrgyz police said Kamalov was a terrorist but presented no evidence. The younger Kamalov began leading prayers at the Al-Sarahsiy Mosque after his father’s death, though he was never approved by the Muftiate, the state-run Muslim board that appoints imams and ensures they keep in line with the the government.

Supporters vigorously dispute the government's painting of Kamalov as an Islamic militant and say evidence against him is being fabricated.

"More than 100 people were present when the police were searching Kamalov's house, and they saw that the police could not find incriminating evidence,” Nazgul Suyunbayeva, Kamalov's lawyer, told EurasiaNet.org. “These people are calling me and asking why the police are lying.”

Several residents of Kara-Suu separately said that police used pressure and intimidation to obtain witness testimonies against Kamalov. Kyrgyzstan's security services are often accused of exaggerating the threat of extremism to justify abuses or hide their own nefarious activities.