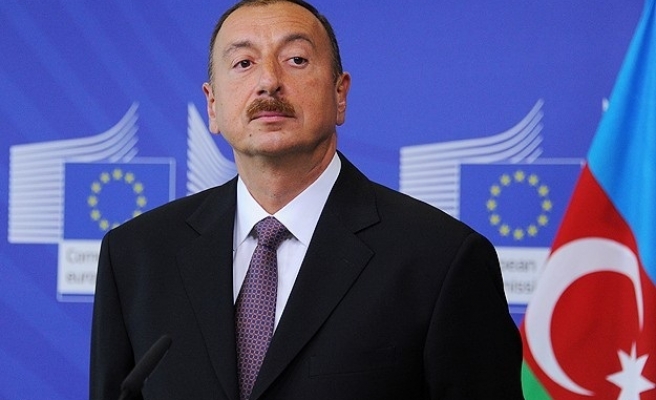 Azerbaijan’s president, Ilham Aliyev, has said his country’s forces did not breach any ceasefire in the occupied Karabakh region but “responded adequately” to Armenian forces.

During the meeting, Aliyev was reported as saying: “A heavy blow was struck against the enemy.”

The Azerbaijani leader said that: “They again attacked our positions. Our soldiers and officers lost their lives. Following that, the Azerbaijani army squeezed the enemy’s head and now they are screaming to the world that Azerbaijan breached the ceasefire.

“We did not breach the ceasefire; we only did respond deservedly to their provocation. As long as Armenia does not give up its provocation, the Azerbaijani army will keep punishing them from now on.”

Azerbaijan reclaimed land occupied by Armenia during the clashes over Friday and Saturday, which saw 12 Azerbaijani soldiers martyred.

Azerbaijan’s Defense Ministry said that its army had launched the operations in the Agdere, Terter, Agdam, Hocavend and Fuzuli regions to protect civilian lives.

During the operations, the Azerbaijani army reclaimed some strategic hills and residential zones.

Three UN Security Council Resolutions (853, 874 and 884) and United Nations General Assembly Resolutions 19/13 and 57/298 refer to Karabakh as being part of Azerbaijan.

The Parliamentary Assembly of the Council of Europe refers to the territory as being occupied by Armenian forces.