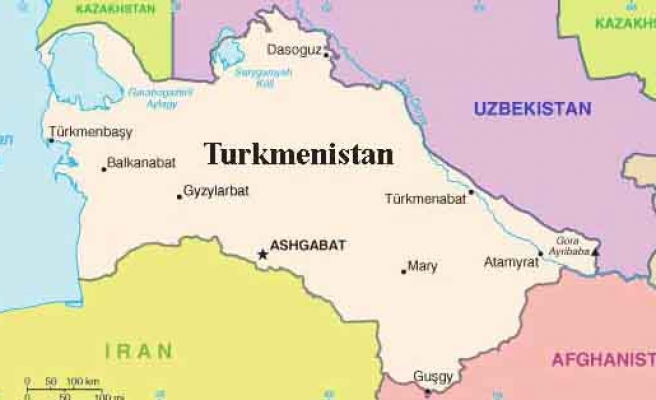 Foreign Minister Sergei Lavrov has said during a visit to Turkmenistan that Russia is keen improve ties with Turkmenistan.

Lavrov told Turkmen President Gurbanguly Berdymukhammedov that Russia was ready to cooperate more closely with Turkmenistan in a number of areas including terrorism, drug smuggling, and organized crime, according to reports in Russian media. Plans to increase defense and security cooperation to ensure regional security was also in the pipeline.

During their talks on January 28 in Ashgabat, Berdymukhammedov said developing a transit corridor between the two countries had “big potential,” according to TASS.

During talks with his Turkmen counterpart, Lavrov said Russia was ready to help Turkmenistan patrol its southern border with Afghanistan, but he added Ashgabat does not need such assistance right now. Fighting in Afghanistan reached the Turkmen border last October when a group of Taliban fleeing Afghan security forces sought refuge on an island in the Amu Darya that separates Afghanistan from Turkmenistan.

According to Human Rights Watch, Turkmenistan, rich in natural gas, remains one of the world’s most repressive countries, with a disastrous human rights record.