Rights groups, who also accuse Kadyrov's security forces of extra-judicial detention, torture and killing, say a climate of fear has forced many rights groups to stop working in Chechnya. 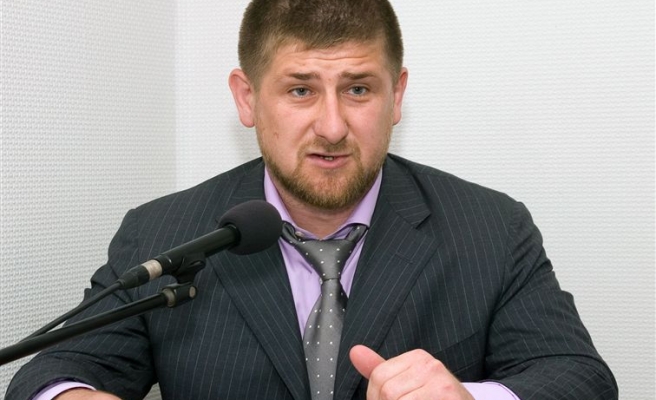 The offices of one of Russia's most active human rights groups in the troubled North Caucasus region of Chechnya was torched and its members were held by armed men in camouflage on Sunday, a top human rights activist said.

The Joint Mobile Group has come under fire from Chechnya's Kremlin-backed strong-arm leader Ramzan Kadyrov after the group's head criticised methods of punishment used against those suspected of being part of the region's insurgency.

"At around 1:00 pm (1000 GMT) several Chechen police officials entered the apartment of the Joint Mobile Group located next to the burned office, and forcibly searched two staff members there," said Tanya Lokshina, a director of Human Rights Watch in Moscow, on her Facebook page.

Several hours after being held in their apartment in Grozny, the two activists were released though their captors seized all their electronic devices, she said.

Late on Saturday the group's offices also caught fire, though the causes of the blaze are unknown.

Interfax reported a Chechen law enforcement source denying that police had held members of the group.

The events highlight growing tensions between human rights groups who have doggedly documented human rights abuses during two separatist wars in Chechnya as well as under the rule of Kadyrov, whose father was also a Kremlin-backed Chechen leader.

Rights groups, who also accuse Kadyrov's security forces of extra-judicial detention, torture and killing, say a climate of fear has forced many rights groups to stop working in Chechnya.

The head of the Joint Mobile Group, Igor Kalyapin, publicly criticised Kadyrov in past weeks saying a number of houses have been destroyed after the Chechen leader called for the punishment of the families of suspected insurgents.

Four houses were identified as belonging to gunmen whose bodies were among those identified after a shootout between militants and police that killed 25 people in the centre of Chechnya's capital of Grozny earlier this month.