Organization for Security and Co-operation in Europe concerned about escalation of conflict between Azerbaijan and Armenia. 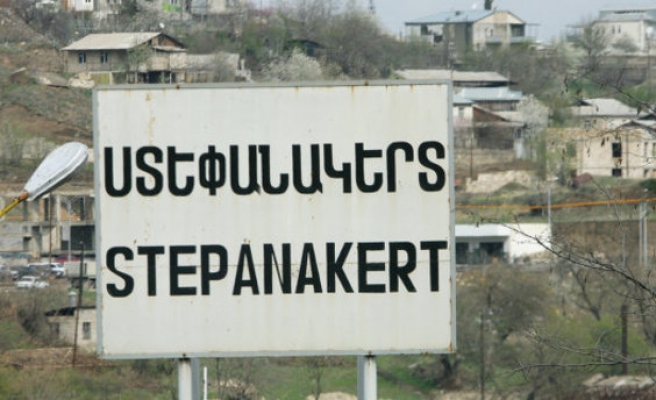 The Organization for Security and Co-operation in Europe on Thursday expressed concern about the escalation of conflict between Arzerbaijan and Armenia, a day after Azerbaijan shot down an Armenian helicopter.

Didier Burkhalter, the organization's chairman, said the concern stemmed from the recent downing of an Armenian helicopter by Arzerbaijani Armed Forces near the "Line of Contact" on Wednesday.

On Nov.12,  Armenia’s military aircraft opened fire at the positions of the Azerbaijani Armed Forces at Nagorno Karabakh, a region in western Azerbaijan.  Azerbaijan's defense forces shot down the helicopter and the three crew members were killed in the incident, according to reports from Azerbaijan's defense ministry.

"We are deeply worried by the events that prompted this drastic incident, the first of its kind since the cease-fire agreement was reached," Burkhalter said in a statement.

He called for “strict adherence to the cease-fire, and full respect of previously made commitments -- these are indispensable for attaining the level of confidence necessary to agree on a settlement in the conflict.”

The chairman urges "the Presidents of Armenia and Azerbaijan to respect the cease-fire and to honor the commitments they made in Sochi, Newport, and Paris to find a peaceful resolution to the conflict."

Russia's foreign ministry spokesman Alexander Lukashevich also called Azerbaijan and Armenia "to keep away from steps that would escalate the tension" on Thursday.

On May 12, 1994 a cease-fire agreement was signed between Azerbaijan and Armenia after two decades of conflict about a territorial dispute. Armenian armed forces have occupied over 20 percent of Azerbaijan's territory.

Armenia's parliament voted to recognize that independence and that forced the evacuation of over 200,000 ethnic Azerbaijanis from Armenia. Thousands of Azeri civilians lost their lives during the conflict.