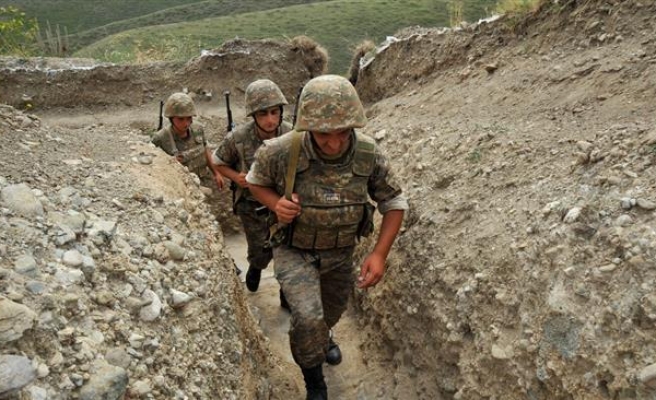 Clashes erupted between troops from Azerbaijan and the breakaway Nagorno-Karabakh region at the weekend, the two sides said on Monday, giving conflicting death tolls and disputing who was to blame.

Violence has intensified this year around Nagorno-Karabakh, which has an ethnic Armenian majority.

Azerbaijan's Defense Ministry said five Armenian soldiers were killed and eight wounded late on Saturday. It said the Armenians were the first to open fire and three Azeri soldiers were wounded.

War erupted over Nagorno-Karabakh in 1991 as the Soviet Union broke up, and killed about 30,000 people. A ceasefire was called in 1994 but violence has broken out sporadically since.

Nagorno-Karabakh has run its own affairs with military and financial backing from Armenia since the war. Armenian-backed forces hold seven Azeri districts surrounding Nagorno-Karabakh.

Efforts to reach a permanent settlement have failed despite mediation led by France, Russia and the United States.

The South Caucasus region is criss-crossed by major oil and gas pipelines. Oil-producing Azerbaijan, host to global majors including BP, Chevron and ExxonMobil, frequently threatens to take Nagorno-Karabakh back by force, and is spending heavily on its armed forces.

Armenia, an ally of Russia, says it would not stand by if Nagorno-Karabakh were attacked.