Turkish Republic of Northern Cyprus demands 2 seats out of the 6 Greek Cypriots have in the European Parliament, as proposed by the `Annan plan' in 2004. 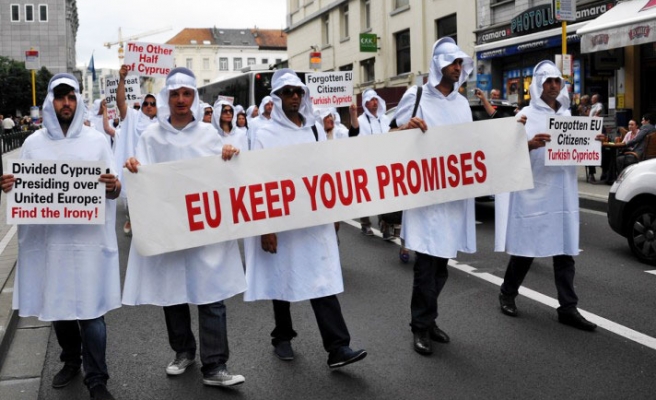 A parliamentary committee from the Turkish Republic of Northern Cyprus (TRNC) met members of the European Parliament on Friday to discuss Cyprus peace talks on a five-day visit to Brussels.

The Turkish committee repeated their demand of 2 seats in the European Parliament as it was proposed in an abortive plan to unite the divided island of Cyprus in 2004 – known as the ‘Annan Plan’ after the then United Nations Secretary General and the plan’s architect, Kofi Annan.

Turkish and Greek Cypriot sides are in renewed peace negotiations for a political solution to the long-running political dispute.

The Greek Cypriot administration is a member of the European Union and is internationally recognized except by Turkey, which is the only country that recognizes the Turkish Republic of Northern Cyprus.

The Greek side has 6 seats in the European Parliament and 2 of those seats should be reserved for the Turkish side according to the Annan Plan.

The Annan Plan proposed a "United Republic of Cyprus" as a federation of two states, which informs the current negotiations.

The proposal, which was revised five times before being put to a referendum in April 2004 in both Turkish and Greek communities, was supported by 65 percent of Turkish Cypriots. It fell by the wayside as only 24 percent of Greek Cypriots said yes.