Turkmenistan over the weekend began a large-scale military exercise continuing through to Monday and involved all land, air and naval forces 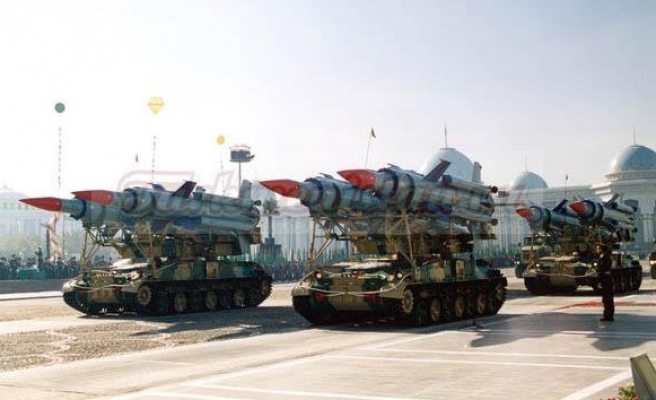 Turkmenistan's armed forces are currently conducting a massive unprecedented and unannounced exercises, in a sign of the growing importance the country's government is placing on its defense.

The exercises began "in the dead of night" between Friday and Saturday, on a personal command of President Gurbanguly Berdymukhammedov to his senior military and defense officials, according to an account in the official state news agency. The exercses continued through Monday, with no indication when they might end.

In addition all the sea warships on the Caspian Sea (including Turkmenistan) have also been steadily building up their navies, and Turkmenistan's border with Afghanistan has become increasingly unstable, with repeated skirmishes, incursions, and other bouts of instability on that border over the last three or so years.

All branches of Turkmenistan's military, including land, air, and naval forces, special operations and air defense, were involved in the exercise. The drills carried out included practicing air strikes against "enemy armed groups," anti-tank warfare, surveillance by drones, and naval surface-to-surface and surface-to-air fire "against various targets."