Pro-Russian separatists attack with heavy shelling the village of Shyrokyne outside the city. 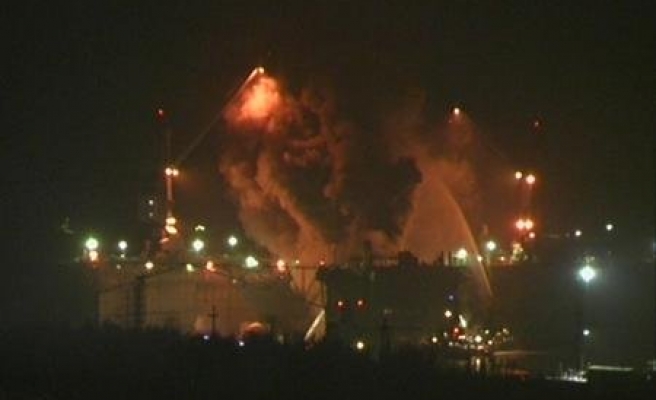 Local officials in government-held territory said the separatists had also fired mortars at another town further south of Debaltseve. The Ukrainian government expressed concern the rebels were massing for an assault on Mariupol itself.

According to the cease-fire, both sides were supposed to withdraw heavy weapons in eastern Ukraine beginning Tuesday, but the Organization for Security and Co-operation in Europe, which monitors the fighting, said Thursday they had not seen either side doing so.

U.S. State Department spokeswoman Jen Psaki said Thursday the U.S. "condemns continuing attacks by Russian-backed separatists in and around Debaltseve, Mariupol and other locations in eastern Ukraine which violate the cease-fire and flout the Minsk agreements."

“We call on Russia and the separatists it backs to stop their attacks immediately, withdraw heavy weapons, halt the flow of fighters and equipment from Russia into Ukraine," Psaki added.

The war in eastern Ukraine has killed more than 5,000 people and forced over a million from their homes.