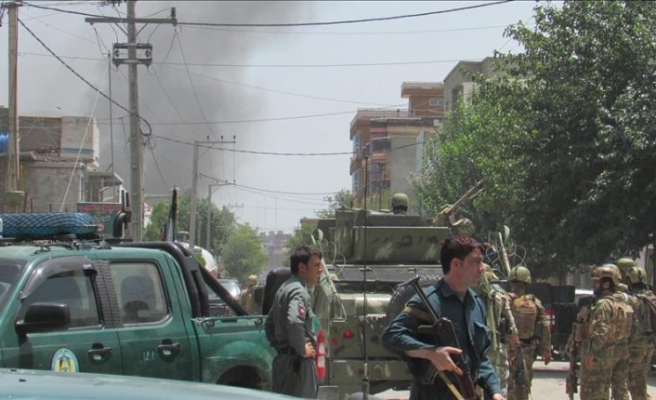 Afghanistan saw a bloody start to the new year with over 1,700 war-related casualties in January alone.

Figures compiled by Anadolu Agency suggest more than 900 people were killed and at least 800 others were injured across Afghanistan in terrorist attacks and security operations.

The casualties include militants, Afghan and foreign troops, and civilians.

On New Year's eve, the Taliban stormed Sayaad district in the northern province of Sar-i-Pul, killing at least 20 security forces and wounding 20 others, said Noor Mohammad Rehmani, chairman of the provincial council.

This came in the backdrop of a recent push by the U.S. for talks with the Taliban to end the war entering its 18th year. Top U.S. envoy for Afghanistan reconciliation Zalmay Khalilzad met Taliban representatives for the first time in the United Arab Emirates a month before this attack.

The Afghan forces have recently adopted a more offensive approach with the appointment of two former spymasters, Asadullah Khalid and Amrullah Saleh, as defense and interior ministers, respectively. Though Saleh resigned following his nomination as vice president, Khalid continues to lead offensives against the rebels in their strongest bastions, such as Helmand province in southern Afghanistan.

The single deadliest incident of civilian casualties was also recorded in the Taliban-controlled Sangin district of Helmand. At least 16 members of a single family were killed in an airstrike by the U.S. forces on Jan. 25 in the restive province.

In his speech at the World Economic Forum in Davos, Switzerland two weeks ago, President Ashraf Ghani said 45,000 security forces had been killed since 2014.

The figures coming from him paints a grim picture of the nascent Afghan force fighting mainly in the countryside of the landlocked country.

A group of former Afghan officials are set to meet the Taliban leaders in the Russian capital Moscow this week.

Ishaq Atmar, a political and security affairs analyst, said Moscow is viewing an opening in Afghanistan.

"If Russia adopts an active and aggressive confrontation role to the U.S. in Afghanistan, we might see things get more volatile sooner than later," he said.

The U.S. envoy and the Taliban have reached an agreement on two matters; eventual withdrawal of foreign troops and ceasing terror attacks from Afghan soil.

In a videotaped interview, Stanekzai said the Taliban did not recognize the government and expected the Afghan army to be disbanded after a peace deal.

“This force, this army -- this was made by the Americans. When the Americans leave, they will naturally die out,” he said. 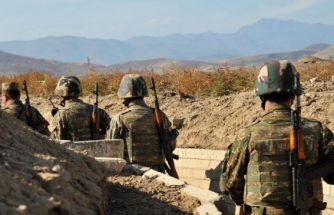