HRW said local human rights bodies believed the number of political prisoners in Uzbekistan was in the thousands. 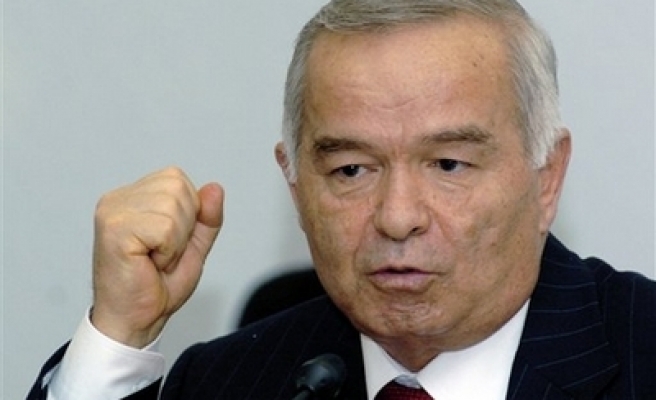 Torture of political prisoners is widespread in ex-Soviet Uzbekistan, a Central Asian country courted by the West as a transit point for forces fighting in Afghanistan, the U.S. campaign group Human Rights Watch said in a report on Friday.

President Islam Karimov, 76, tolerates no dissent in the ex-Soviet state of 30 million people, which he has ruled since 1989.

HRW's report, entitled "'Until the Very End': Politically Motivated Imprisonment in Uzbekistan", cited the cases of 34 prominent political prisoners as evidence that torture, kidnapping, incommunicado detention, solitary confinement and extension of sentences were all widespread.

HRW, whose Uzbek office was ordered to shut in 2011, said its findings were based on more than 150 interviews with detainees' relatives, former prisoners, human rights activists and a former prison official.

"Whether behind bars for 20 years or a shorter time, these people have been wrongfully imprisoned and shouldn't spend even one more day behind bars," said HRW Central Asia researcher Steve Swerdlow, the former head of its Uzbek branch.

Uzbek officials could not be reached or declined to comment, but Karimov has in the past said his tough methods are needed to keep militancy in check.

Karimov's relations with the West worsened after his troops put down a popular uprising in the eastern city of Andizhan in May 2005, killing hundreds of protesters, but have since thawed. NATO, which routes some shipments to its forces fighting the Taliban in Afghanistan through or over Uzbekistan, sited its Central Asian office in Tashkent in May.

HRW said local human rights bodies believed the number of political prisoners in Uzbekistan was in the thousands.

It cited the case of Kayum Ortikov, a former employee of the British embassy in the capital Tashkent, who said he had been tortured for nine months in 2009 after being convicted on what he said were fabricated charges of human trafficking.

He said his torturers in the Tashkent city jail had burned his genitalia with flaming newspapers, pushed needles under his fingernails, and threatened to have allegedly HIV-positive prisoners rape him if he did not confess to being a spy.

Ortikov said he had tried to cut open his wrists with his own teeth, and used a razor blade to cut his head and neck.

After a public campaign by his wife, human rights groups and British journalists, Ortikov was released in May 2011. He and his family fled Uzbekistan and finally resettled as refugees in the United States this year.

With no political opposition to speak of, and state media highly supportive, Karimov looks likely to win a new term as president next March.