Uzbekistan's senate head may step in for ill president 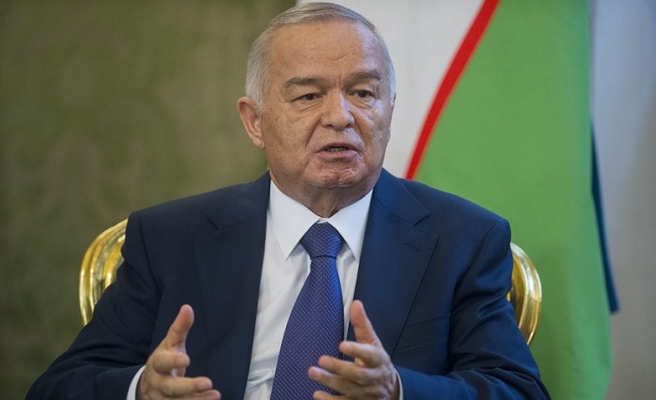 With Uzbekistan’s 25th Independence Day approaching on Thursday, there are expectations the chairman of the country’s senate may emerge as acting head of state to fill in for President Islam Karimov, who has been in intensive care for cerebral hemorrhage since Saturday.

Citing diplomatic sources in the capital Tashkent, Radio Ozodi reported Tuesday that anniversary celebrations in the country have been cancelled.

According to Uzbekistan’s constitution, if the president is unable to discharge his duties, his functions are carried out for a period of three months by the head of the upper house of the Uzbek parliament, Radio Azattyk reported.

Senate Chairman Nigmatilla Yuldashev, 54, has studied law and is said to have worked his way up at the Prosecutor's Office, serving as the minister of justice between 2011 and 2014. He was elected to head Uzbekistan’s Senate in January 2015.

As per the constitution, elections for the next president must be held within three months, if the serving president is incapacitated. This is the second stroke suffered by the 78-year old president, who suffered his first stroke in 2013.

Radio Azattyk in its Tuesday broadcast said “the most probable candidate for the top post in Uzbekistan is the present Prime Minister Shavkat Mirziyaev, who has headed the government since 2003.

“He is said to be close to the president's family and enjoys the backing of the long-time head of the Uzbek National Security Service [SNB], Rustam Inoyatov, 72, who is alleged to be the most influential person in power after the president.”

In terms of political finesse, Mirziyaev is considered as a modest and quick-tempered politician, “who in the case of appointment as president will continue the course chosen by the current president, both in domestic and in foreign policy,” reported Moscow’s Dozhd TV on Monday.

No significant policy departures are speculated as Mirziyaev is known for his loyalty to Karimov’s policies since he was appointed as premier in 2003. "He has been in the same boat with the current president for nearly 20 years," Daniel Kislov, editor of Ferghana News Service told Dozhd TV.

Kislov notes that like many post-Soviet leaders in Central Asia, "Mirziyaev is pro-Russian”. However, his appointment would not imply that Uzbekistan would immediately join the Moscow-led Collective Security Treaty Organization or enter into any major pro-Russian union such as the Eurasian Economic Union established in January 2015 by Russia, Kazakhstan, Kyrgyzstan, Belarus and Armenia.