14 Syrian migrants, including 4 men, 4 women and 6 children were rescued when their boat ran out of fuel 11.3 miles off the TRNC coast. A six-week-old baby and a pregnant woman going through labor pains were among the migrants. 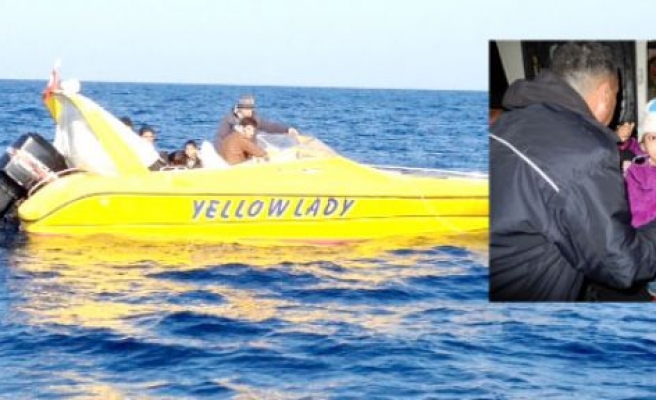 14 Syrian refugees fleeing from their country's civil war have been saved from drowning after the fishing boat they were traveling in ran out of fuel in the eastern Mediterranean on the way to Cyprus.

The boat was originally destined to arrive in the Greek Cypriot-controlled southern Cyprus, but the migrants were forced to call for help when they encountered problems 11.3 miles away from the northern Karpaz (Karpasia) peninsula in the Turkish Republic of Northern Cyprus (TRNC).

Turkish Cypriot coastguards arrived on the scene to find 14 migrants, including 4 men, 4 women and 6 children. A six-week-old baby and a pregnant woman going through labor pains were among the migrants.

A Syrian man by the name of Habib Ayar, was arrested for being part of a people-smuggling ring and taken to court. The Turkish Cypriot authorities are now working on deporting the illegal migrants.

A police statement also added that they were looking for three suspects who were waiting for the migrants to arrive on the coast.