All energy questions in the Eastern Mediterranean will be addressed when the Cyprus question is resolved, said Greece's former finance and economy minister on Thursday. 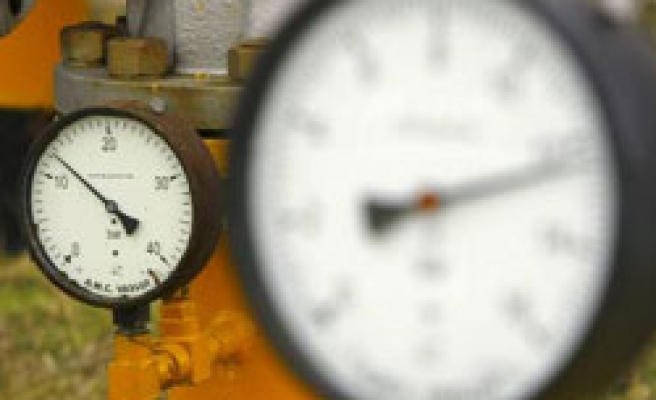 World Bulletin/News Desk
All energy questions in the Eastern Mediterranean will be addressed when the Cyprus question is resolved, said Greece's former finance and economy minister on Thursday.

Speaking to The Anadolu Agency in Istanbul, Yiannos Papantoniou said the energy question in the Eastern Mediterranean is the strongest motivation to speed up the political solution of the 60-year-long Cyprus question.

Papantoniou responded to the question on whether Greek Cyprus is trying to rush to develop and sell natural gas before reaching a settlement in the dispute with Turkey, and said that natural gas, unlike other energy resources, should soon be extracted when discovered and sold at once.

Papantoniou, who was also Greece’s defense minister, dismissed claims that Greece is deliberately trying to involve Egypt in the Eastern Mediterranean gas debate.

Egypt is trying to buy gas from the Greek Cypriots before the dispute is resolved and it also joined Greece and Greek Cyprus in condemning Turkey's actions in sending a research ship to explore oil and gas reserves off the island's southern coast.

Egypt, Greece, and the Greek Cypriot administration held talks in Cairo last month and agreed to accelerate steps leading to the final delimitation of their maritime zones.

In the tripartite meeting, the leaders signed the Cairo Declaration which called on Turkey to cease all seismic survey operations around Cyprus.  Meanwhile, Egypt started talks through the British gas company BG Egypt to discuss importing natural gas from Greek Cyprus, with many scenarios being touted including an undersea pipeline.

"It was almost inevitable that Egypt will enter into this game because it is part of the Eastern Mediterranean, it is friend of Greece," he said.

He added that Egypt must have a say on the issue. When further pressed as to why Greece is conducting talks with Egypt regarding the maritime limits in the Eastern Mediterranean without other concerned parties, Papantoniou declined to comment but said, "It all passes through Cyprus."

Egypt’s deeper involvement with Greece and Greek Cyprus comes at a time of deteriorating relations between the country and Turkey in light of Ankara’s denouncement of the new regime in Cairo that came to power after the overthrow of the first democratically elected president in the country.

Papantoniou said all energy questions would be answered when the Cyprus question is resolved, and added that Russia's recent proposal to establish a new gas pipeline through Turkey, turning Greece into a gas hub, before further traveling into Europe, is a golden opportunity to unify Athens and Ankara.