Cyprus could take up to 300 'preferably Christian' refugees

'It's not an issue of being inhuman... but to be honest, yes, that's (Orthodox Christians) what we would prefer,' responsible for migration policy says 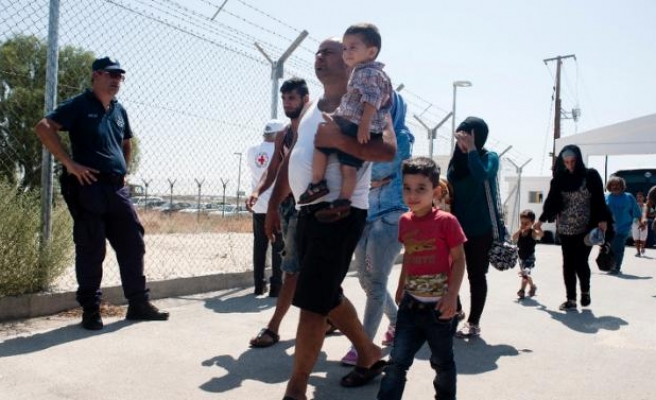 European Union member Cyprus said on Monday it would be willing to take in up to 300 migrants fleeing upheaval in the Middle East under new EU quotas, but would prefer them to be Christians.

The Mediterranean island of about 1 million people is the closest European state to Syria, which lies about 100 km (60 miles) to its east. But Interior Minister Socratis Hasikos said its size meant that its reception capacity was limited.

An EU source said on Monday that the EU executive had drawn up a new set of national quotas under which member states will take in a total of 160,000 asylum-seekers to be relocated from Italy, Greece and Hungary.

Hasikos, responsible for migration policy, told state radio: "We have already stated that 260, a maximum of 300, people can be taken in ... everyone (EU member states) should pitch in.

"We would seek for them to be Orthodox Christians ... it's not an issue of being inhuman or not helping if we are called upon, but to be honest, yes, that's what we would prefer."

He said it would be much easier for Christians to adjust to life in Cyprus.

The island, split in a Turkish invasion in 1974 after a brief Greek inspired coup, is home to large populations of both Greek Orthodox Christian Greek Cypriots in the south and Sunni Muslim Turkish Cypriots in the north.

Hasikos is a minister in Cyprus's internationally recognized government, which effectively controls only the south, run by Greek Cypriots.

Despite its proximity to Syria, refugees tend to shun the island because of its isolation relative to the rest of the EU, and the difficulties of getting out.

It lies almost 500 km (300 miles) east of the next EU member state, Greece, primary gateway for migrants entering the bloc via Turkey.

Slovakia and the Czech Republic have also said they would prefer Christians under any EU resettlement scheme for migrants fleeing the Middle East.