'There are obstacles, but I do hope that during the deliberations that will follow at the European Council, there is going to be a compromise,' Cypriot president says 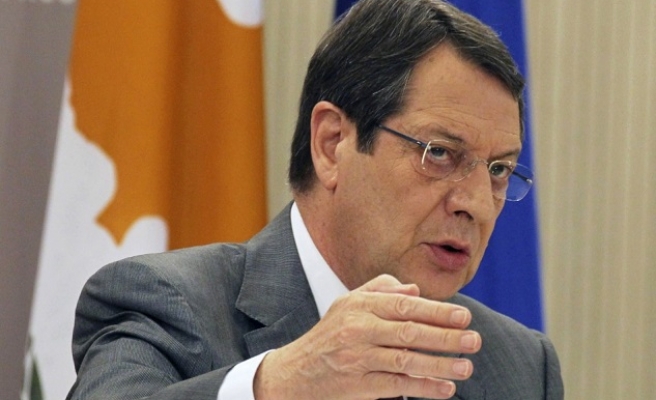 Cyprus President Nicos Anastasiades said Thursday that a compromise was possible on an EU-Turkey deal on the refugee crisis at a summit in Brussels, days after threatening to block the accord over his country's tense relations with Turkey.

"There are obstacles, but I do hope that during the deliberations that will follow at the European Council, there is going to be a compromise," Anastasiades told reporters at a meeting of centre-right leaders ahead of the summit.

Anastasiades said Cyprus would "not be the obstacle" and blamed Turkey for failing to recognise the Cypriot government in the southern part of the Mediterranean island, divided since Turkish troops invaded the north in 1974.

But he added: "I do believe there might be some other alternatives which are giving us the way out."

Asked what they were, he replied: "You will have to wait until tomorrow", when the European Union leaders are set to meet Turkish Prime Minister Ahmet Davutoglu in Brussels.

The Cyprus president has opposed the opening of new "chapters" in Turkey's long-delayed EU membership application, which is part of the proposed deal to curb the huge influx of refugees into the EU.

At talks with EU president Donald Tusk in Nicosia on Tuesday, Anastasiades said he would not accept Turkey's demands unless it met its obligations.