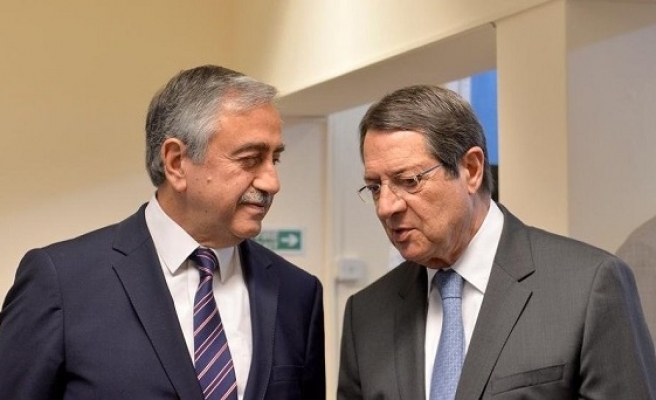 Rival Cypriot leaders said on Thursday that a deal was possible this year to end decades of conflict over the divided island and called on the international community to fund peace efforts.

"I believe 2016 could be the year that we end the unacceptable status quo," Greek Cypriot President Nicos Anastasiades told an audience at the World Economic Forum in Davos.

Turkish Cypriot leader Mustafa Akinci told delegates that the pair would "continue our hard work to put an end to the... problem and pave the way for new economic opportunities."

The leaders were due to meet UN Secretary General Ban Ki-moon in Davos later Thursday.

Cyprus has been divided since 1974, when Turkish troops occupied its northern third in response to an Athens-inspired coup seeking union with Greece.

Long-stalled UN-brokered peace talks, which many observers see as the best chance to reunify Cyprus after four decades of division, were relaunched last May.

Ban said earlier this month that he believes a Cyprus settlement "is within reach".

But several thorny disputes, including territorial adjustments, power sharing and property rights will need to be resolved if a unified, federal Cyprus is to occur.

Both leaders know that without tough compromises on property and territory a solution will be hard to sell to their respective communities.

And any accord must be ratified by Cypriots at the ballot box, with some reports suggesting that the UN is aiming for a referendum as soon as March.

The last referendum in 2004 saw the majority of Turkish Cypriots back reunification only for more than three quarters of Greek Cypriots to vote against the idea.

Akinci was elected in April as the leader of the Turkish Republic of Northern Cyprus -- a territory that is only recognised by Turkey itself.

A former mayor of Nicosia, Akinci is seen as more supportive of reunification efforts than most of his predecessors.

Both leaders called on the international community to fund peace efforts, with any agreement likely to prove costly as property disputes may require substantial payouts.

"We do hope that we should have the support of the international community at large, particularly as regards substantially contributing to meet the financial aspects of the solution," Anastasiades said.

"Living in the midst of a region of turmoil, we are committed to continue working with resolve to heal what is an open wound at the heart of Europe."