Turkish Cypriot and Greek Cypriot religious leaders met on Monday as part of an initiative to promote dialogue between Muslims and Christians on the island. 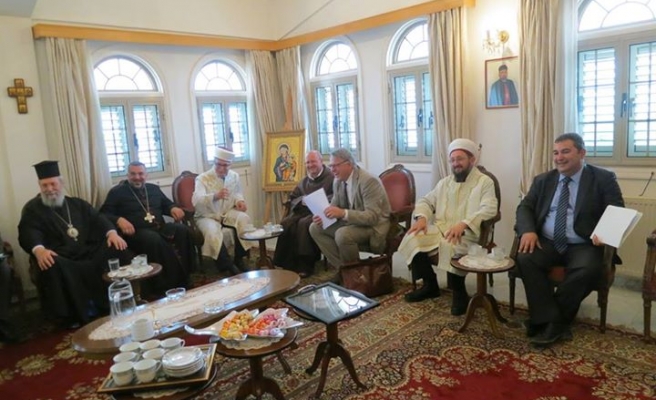 Religious leaders in Cyprus came together for a lunch time dinner on Monday to discuss and debate a number of issues regarding the Cyprus peace process.

Swiss ambassador Klas Gierow, who was also at the meeting, said the meeting was held withing the framework of ongoing peace talks between the TRNC and the Greek Cypriot administration.

Meetings between the religious leaders of Cyprus have become a regular opportunity to encourage dialogue between the two major religious groups on the island - Muslims and Christians - as the the Turkish Cypriot and Greek Cypriot governments seeks to resolve the 40-year Cyprus dispute.