'There are existing agreements, but there are separation points and different views,' Turkish Cypriot President Akinci says 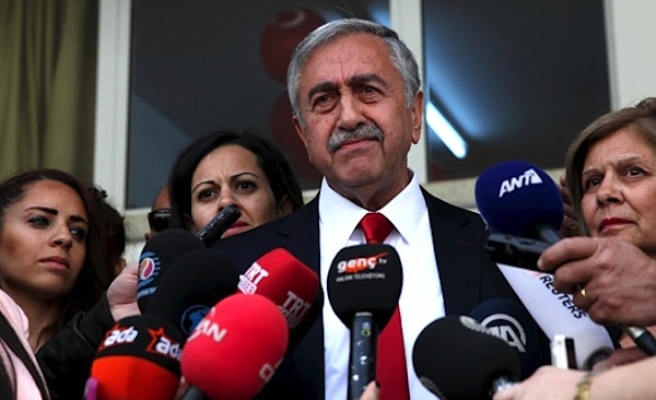 Turkish Cypriot President Mustafa Akinci has said that all sides need to do some “intensive work” to eventually resolve the Cyprus issue.

Akinci's remarks came late Monday at a press conference after a four-hour long reunification talks between leaders of Turkish Cypriot and Greek Cypriot communities at the UN buffer zone.

"There is a serious process ahead of us. It needs intensive work. There are existing agreements, but there are separation points and different views. Resolving these differences and reaching a common conclusion is the question. It is not an easy process. It has ups and downs. We will do our best to succeed at this," Akinci said.

He added that both leaders committed to hold further talks after October 30.

The eastern Mediterranean island was divided into a Turkish Cypriot administration in the northern third and a Greek Cypriot one in the southern two-thirds after a 1974 military coup by Greece was followed by the intervention of Turkey as a guarantor power.

In September, Akinci said that he wanted to see a federal structure of two zones as specified in an agreement reached in February last year.

The negotiations were suspended 11 months ago in a row over gas exploration and only resumed on May 15.

The Turkish Republic of Northern Cyprus, which declared its independence in 1983, is only recognized by Turkey while the Greek Cypriot administration is an EU member with a seat in the UN.

The land border between the two territories was opened in 2003 and visa restrictions subsequently eased.