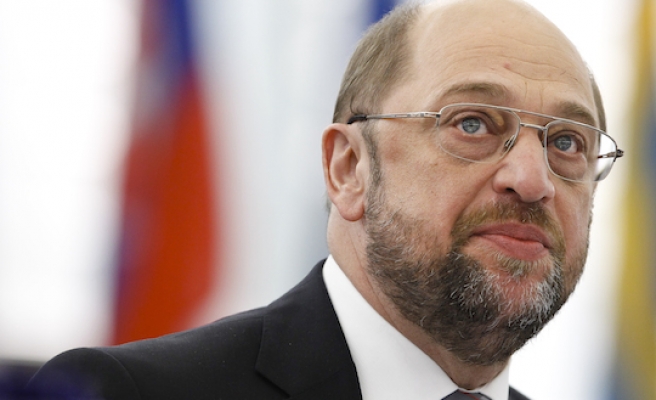 European Parliament President Martin Schulz has said that despite remaining problems, he is still optimistic about ongoing talks on the future of Cyprus.

Speaking at a Brussels news conference following a meeting with Yiannakis Omirou, President of the Greek Cypriot House of Representatives, Schulz said: "We are looking with quite big optimism to the ongoing negotiations on the island between the two sides."

"We believe in the unification of Cyprus in the times in which we are living and the problems we are facing are a signal of hope not only for the country but the European union as a whole," Schulz added.

The Cyprus issue remains a major obstacle to Turkey’s EU accession plans, as several chapters, including the chapter on energy and judicial rights, are blocked by the Greek Cypriot Administration.

Schulz said there are still disagreements over reaching a solution between the Greek and Turkish communities on the divided island.

"Not everything is done for the time being, not everything is agreed and achieved," Schulz said. "We have problems, but I think there is hope and therefore I gave the guarantee to [Omirou] that the European Union is available to do whatever is needed."

Previous negotiations stalled in Oct. 2014 in a row over gas exploration.

The island has been divided into a Turkish Cypriot government in the northern third and Greek Cypriot administration in the southern two-thirds after a 1974 military coup by Greece was followed by the peace operation of Turkey as a guarantor power in Cyprus.