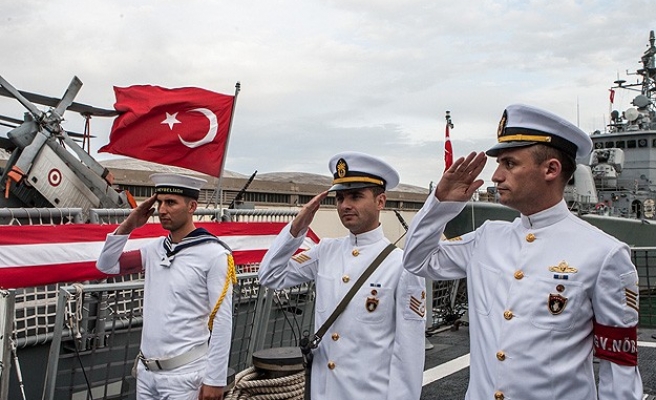 The Alliance of European Conservatives and Reformists has rejected a resolution by the European Parliament which called for the immediate withdrawal of Turkish vessels off of the divided island of Cyprus.

The resolution was agreed earlier on Thursday by the European Parliament Plenary in Brussels came amid an on-going dispute between Turkey and the Greek Cypriot Administration over oil and gas exploration in the island’s waters.

President Jan Zahradil said in an alliance (AECR) press release following the parliamentary vote: ''This resolution is one-sided and unbalanced and will not contribute positively to resolving the Northern Cyprus issue.''

The European Parliament earlier said it demanded 'Turkish vessels operating in waters in and around the EEZ [so-called Exclusive Economics Zone] of Cyprus be withdrawn immediately" and also expressed "serious concerns" over the renewed tensions between the Greek Cypriot Administration and Turkey.

It and called on both sides to ''show maximum restraint in seeking to resolve current differences".

The EU Parliament said Turkey remained a strategic ally in its southern neighborhood and urged ''both sides to resume talks aimed at finding a lasting, peaceful solution as quickly as possible''.

Turkey’s Chief EU negotiator Volkan Bozkir told reporters in Brussels on Wednesday: ''The Greek Cypriot Administration controls only half of the island. That it should possess all of the island’s resources will not be accepted by the Turkish Republic of Northern Cyprus."

A dispute between Turkey and the Greek Cypriot Administration over the divided island of Cyprus on December 11, 2006 prompted the EU to freeze eight chapters of Turkey's accession process into the 28-nation bloc.

The Greek Cypriot administration suspended the most recent talks over the island's future on October 7 after Turkey sent the Barbaros Hayrettin to monitor an oil-and-gas exploration mission off the Cyprus coast.

Cypriots went to the polls in 2004 to decide on the UN's so-called Annan Plan which proposed restructuring the island as a United Republic of Cyprus - effectively a federation of two states which aimed to unify the Turkish and Greek Cypriot communities.

A referendum in April 2004 and was supported by 65 percent of Turkish Cypriots.

However, only 24 percent of Greek Cypriots backed the plan, leaving the division unresolved.

The Greek Cypriot Administration is a member of the EU internationally recognized by all nations except Turkey.