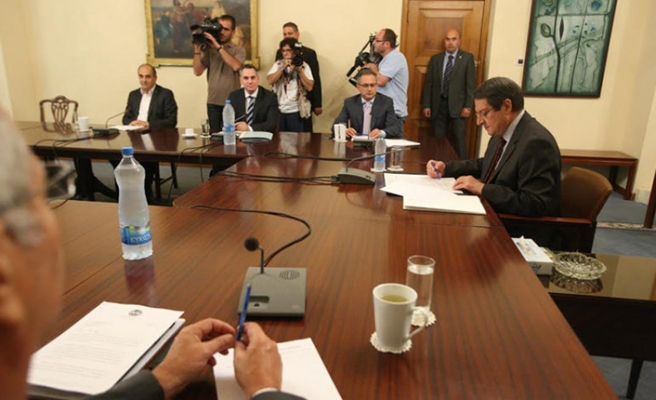 Another 50-year extension of the Cyprus negotiation process is “unthinkable”, said the president of Turkish Republic of Northern Cyprus (TRNC) on Monday.

“Turkish Cypriots have always been pro-peace and [advocate for a] solution with the support of Turkey,” TRNC President Mustafa Akinci said when he received the  head of the Turkish parliament's Foreign Affairs Committee Volkan Bozkir in the capital Lefkosa.

Akinci said Turkish Cypriots would not be a minority on an island ruled by Greeks.

“Greeks [Cypriots] thought the island belonged to them and they even wanted to join Greece. It wasn’t possible, and so it didn’t happen.”

He said Turkish Cypriots would not be part of an open-ended process and that the UN was also keen to see a solution.

Bozkir said Turkey was determined to stand by the TRNC.

Recalling the Crans-Montana talks for a Cyprus solution in July 2017, Bozkir said they had created uncertainty and an environment of disappointment.

“Greek Cypriots’ desire to make Turkish Cypriots into a minority group by making the process long, has been concretely seen,” Bozkir said.

He added that UN Secretary-General Antonio Guterres does not want to be a part of a process that would yield no result.

The reunification talks -- brokered by UN Special Cyprus Envoy Espen Barth Eide -- were launched in May 2015 to discuss a permanent settlement for the divided Mediterranean island.

There has been an on-and-off peace process over recent years, the latest failed initiative having taken place in Crans-Montana, Switzerland in July under the auspices of guarantor countries Turkey, Greece and the U.K., collapsing earlier this year.