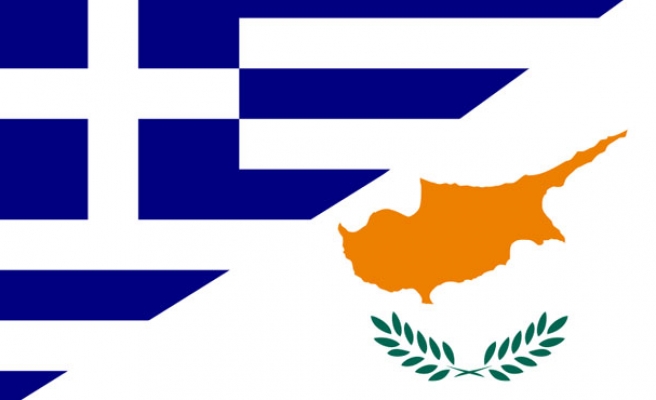 Greek-Cypriot administration leader Nicos Anastasiades said a solution to the Cyprus dispute was possible by bringing the island under a single sovereignty, single citizenship and single international identity federation that was compatible with European legislation.

He said a solution should be achieved for the sake of the international community.

The Greek-Cypriot leader also said Turkish Cypriot officials wanted a two-state solution and asked for a re-definition of the solution process.

In October 2014, Turkey and the government of the Turkish Republic of Northern Cyprus strongly opposed any "unilateral" move by the Greek-Cypriot administration to explore any hydrocarbon resources around the island, saying its natural resources should be exploited in a fair manner under a united Cyprus.

The Turkish-Cypriot government repeatedly said on many occasions that the resources of the island of Cyprus belonged to both communities and that the Turkish Cypriots would not give up their rights on those resources.

Negotiations between the Turkish Republic of Northern Cyprus and the Greek-Cypriot administration had resumed after a two-year pause in February 2013.

However, the Greek-Cypriot administration suspended the talks over the divided island on Oct. 7, 2014 after Turkey sent a ship to monitor an oil-and-gas exploration mission off the coast of Cyprus.