Noting that the TRNC is an unrecognized country in which the rules of the European Union do not apply, in addition to its population being Muslim, ﻿Greek Cypriot Intelligence Agency (KYP) chief Andreas Pentaras said it was possible that ISIL cells are present in the north. 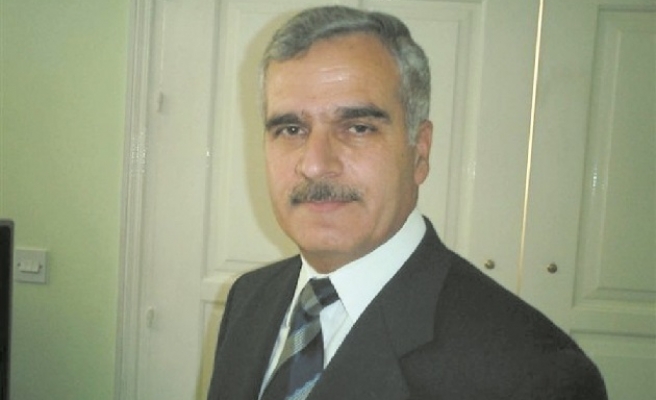 Greek Cypriot Intelligence Agency (KYP) chief Andreas Pentaras has claimed that Muslims in the Turkish Republic of Northern Cyprus (TRNC) could be helping members of the ISIL militant group travel between Europe and Syria.

According to Greek Cypriot newspaper Kathimerini, Pentaras warned that European ISIL fighters could be entering the TRNC by crossing into it from the Greek Cypriot-controlled south.

From there the fighters can travel to Turkey and then later go on to enter its neighbors Syria or Iraq to join the ISIL group, Pentaras said, adding that the KYP was cooperating with other intelligence agencies to prevent this.

Former National Guard Lieutenant General Pentaras also said that the KYP had received intelligence of a group of ISIL sympathizers who were travelling to the Greek Cypriot-controlled south of the island of Cyprus and had blocked their entry before sending them back.

Although he said he has no clear information as to whether or not there are ISIL cells operating in Cyprus, he said that the KYP was working on gathering information on the matter.

However, noting that the TRNC is an unrecognized country in which the rules of the European Union do not apply, in addition to its population being Muslim, Pentaras said it was possible that ISIL cells are present in the north.

In June the Greek Cypriot daily Politis claimed that the breakaway Al Qaeda splinter group ISIL was considering establishing an illegal base on the eastern Mediterranean island to counter an alleged training camp set up by Lebanon's Iran-backed Hezbollah.

Quoting Russia's Pravda newspaper, the ISIL is believed to be palnning to establish a number of bases in the Middle-East and the Caucasus, including in Turkey, Azerbaijan and Cyprus.

Earlier this month, the Greek Cypriot cabinet approved a bill making KYP an independent body in a bid to turn KYP into a “fully independent and professional body able to perform its national security duties adequately,” according to a government statement.

“KYP is to enter a new era. A fully independent body staffed with qualified personnel so it could play its part in dealing with a new, complicated and always evolving international and regional environment that presents our country with threats and challenges,” the statement added.

KYP Andreas Pentaras told the Sunday Mail that it was the first time legal framework was being set for the agency's operations since its establishment by former President Archbishop Makarios in 1970.

Nothing that the KYP already cooperates with many countries including the US and Russia as well as European and Middle-Eastern states, Pentaras said “we have advanced a great deal through cooperation with our counterpart the CIA, and have very close relations on many issues, especially terrorism and organised crime.”

Cyprus is known to hosts listening stations that are used by a number of intelligence agencies including the CIA, the NSA, Israel's Mossad and the British GCHQ.

As the TRNC is not recognized by any country except for Turkey, the European Union is not able to enforce its laws on the breakaway Turkish Cypriot state, including extradition laws, which allows the TRNC to be a safe haven for criminals escaping the law.

Greek Cypriot spy chief, who is a former member of TERRORIST EOKA and currently a SYMPATHYZER OF TERRORIST ELAM, said that ...bla bla...