Greek Cypriots in bid to create 'kibutz' in North Cyprus

Greek Cypriot mayor of Girne (Kyrenia), Galfkos Kariolu, suggested the idea as a way to boost the Greek Cypriot population in the Turkish Republic of Northern Cyprus (TRNC). 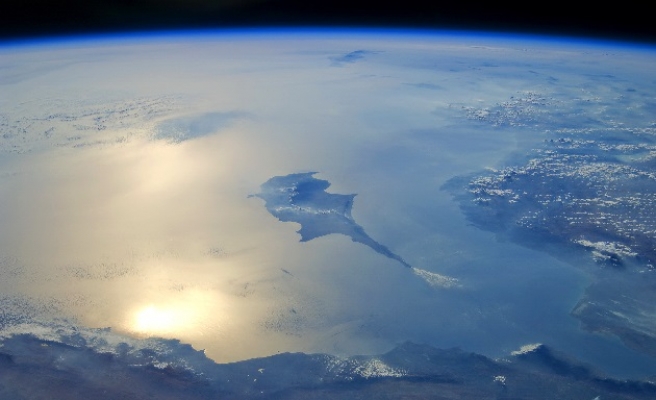 A joint council meeting for overseas Greek Cypriots was held last week in the presidential palace in the Greek Cypriot-controlled south of the Cyprus capital Lefkosa (Nicosia), in which Greek Cypriots living abroad came together to contribute their ideas to their government.

On Sunday it was revealed by the Turkish Cypriot TAK news agency that one of the ideas discussed at the 25th Session of the Central Council of the World Federation of Overseas Cypriots – International Coordinating Committee “Justice for Cyprus” (POMAK-PSEKA) and the 7th World Conference of Young Overseas Cypriots (NEPOMAK) was to create a Greek Cypriot “kibutz” in the Turkish Republic of Northern Cyprus (TRNC).

The idea was proposed in writing by the Greek Cypriot mayor of Girne (Kyrenia), Galfkos Kariolu, as a way to boost the Greek Cypriot population in the TRNC, focusing on the regions of Korucam/Kormacit (Kormakitis), Dipkarpaz (Rizokarpaso) and the Karpaz peninsula (Karpass).

The north-western town of Korucam/Kormacit (Kormakitis) mainly consists of Maronite Christians who in addition to Turkish, speak Greek and their own dialect of Arabic. Meanwhile, the people of Dipkarpaz (Rizokarpaso) and the Karpaz peninsula (Karpass) are mainly Turkish Cypriots who also speak Greek due to the fact that the region was heavily populated by Greek Cypriots before Turkey's military intervention on the island in 1974.

According to the Greek Cypriot daily newspaper Simerini, Mayor Kariolu appealed to Greek Cypriot businessmen living abroad to help fund the project which would see a high concentration of ethnic Greek Cypriots move to the villages in the Turkish Cypriot north of the island. He also encouraged Greek Cypriots to buy land and property in Gazimagusa (Famagusta) and Girne (Kyrenia), both regions located in the TRNC.

Although Girne (Kyrenia) is located at the Turkish Cypriot northern coast of the island of Cyprus, Mayor Kariolu continues to manage the affairs of Greek Cypriots who left Girne (Kyrenia) and moved to the south after 1974 from his office in the Greek Cypriot-controlled southern Lefkosa (Nicosia), close to the TRNC border.

The island of Cyprus has been divided into the Turkish Cypriot north and Greek Cypriot south since Turkey used its right as a constitutional guarantor of peace via a military intervention in July 1974, which was prompted by a coup on the constitutional government by the Greek junta in bid to unite the island with Greece.

The mayor of Kyrenia also governs issues relating to Kyrenians who moved abroad rather than "South" following 1974. This is an important issue to understand in any discourse of settlement of the Cyprus issue. At least 1/3 of Kyrenians moved abroad.

28.05.2010: ECHR: “The place from where Greek Cypriots migrated is no longer their home since they lived almost their life elsewhere and they don’t have concrete and persisting links with the property concerned”, and ECHR rejected their right of return. (Tasos Asproftas: [Application no. 16079/90] and Marianna Petrakidou [Application no. 16081/90]) (The Greek Cypriots objected ECHR's non-returnability decision; On 18.10.2010 ECHR rejected Greek Cypriots' referral request too.